Tigers vs Lions Big Clash in Round 8 PHC 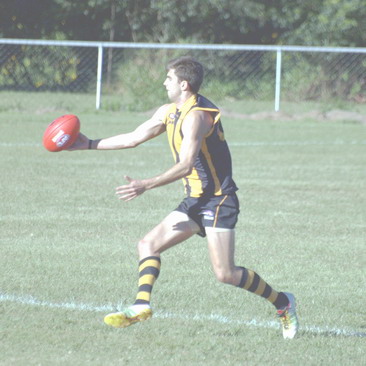 A GROUP of Palm Beach-Currumbin players can readily identify a clear danger heading into today’s clash with Mayne at Salk Oval.

Lions veterans Jamie Drake, Michael I’Anson and Darryl Dyson were all involved when Mayne produced a massive upset by beating PBC by a goal in the fifth round of 2009.

It was an occasion still remembered by those involved back then  when PBC kicked 13.20 to Mayne’s 16.8  yet they lost only one more game on their way to the premiership.

Those days Mayne could not beat anybody and the win was celebrated well into the night back in Brisbane.

Of the current-day Tigers, Andrew Housego, Luke Ferguson, Tom Falconer and Jim Magill were in the yellow and black.

This time, the Tigers travel to the Coast with a far better record. In fact once meek Mayne are now mounting a serious challenge, sitting third on the ladder and equal on points with PBC.

“This time we’re coming down with a lot more credibility and a lot more confidence,” coach Mitch Ferguson, who was also in the role in 2009, said.

“I remember it well. We lost to Sandgate by 20 goals the weekend before, so we’re going in with a lot better leadup.”

Coolangatta stalwart and football manager Grant McKenzie said the Blues will field two sides this weekend  and for the remaining weekends of the 2012 season  in the build-up to their trip to play Wilston-Grange at Hickey Park.

There has been talk that the Blues could lose their place in the Pineapple Hotel Cup under rules covering forfeiting more than two games in the one season.

Coolangatta have already forfeited reserves twice, putting the club under threat, but McKenzie said the situation regarding player numbers is being addressed.

“I am 100 per cent confident we’ll have two sides this weekend,” McKenzie said.

“It has just been one of those tough periods with injuries and you don’t have to be Einstein to realise that when you’re getting pumped by 100 points every week, people tend to drop off.”

Wilston-Grange, who have slipped up in their past two matches to Palm Beach-Currumbin and Surfers Paradise, should appreciate the visit by the Blues.

But one thing is certain, of the Gorillas can’t win this one coach David Martin is likely to wield a very sharp axe.

Burleigh have turned back the clock by naming former premiership ruckman Adam Thornley for their game against Surfers Paradise at Bill Godfrey Oval today.

Thornley has not played a seniors game for more than a year and joins Matt  Deidrich, Shaun Zuber and Brady Rykers as new faces in the Bomber line-up.

Surfers made only one change, regaining captain and midfielder Jacob Clark for Phil Nolan.

No matter where they sit on the ladder, Burleigh are always a concern, said Surfers coach Beau Zorko.

Sandgate, who keep flying along under the radar, have a danger game away to improvers Maroochydore at Fisherman’s Road.

Sandgate are level on points with Noosa, Surfers Paradise and Wilston-Grange after an off-season when they were stripped of a sizeable chunk of quality.

So their current position may be a surprise to some  especially given the Hawks have yet to play some of the top sides.

“We’re certainly the forgotten team at the moment,” Long said.

“People pretty much wrote us off straight away and I guess after a couple of floggings to start with, some of it was justified.

“Our win against Mayne recently was a good one, but I figure our tests starts this weekend and goes on for the next few matches.”

But unfortunately for Long, he says his playing roster this week has been severely depleted with up to 15 players out.

In the final game, Noosa should get back on the winning list against Springwood at Weyba Road.