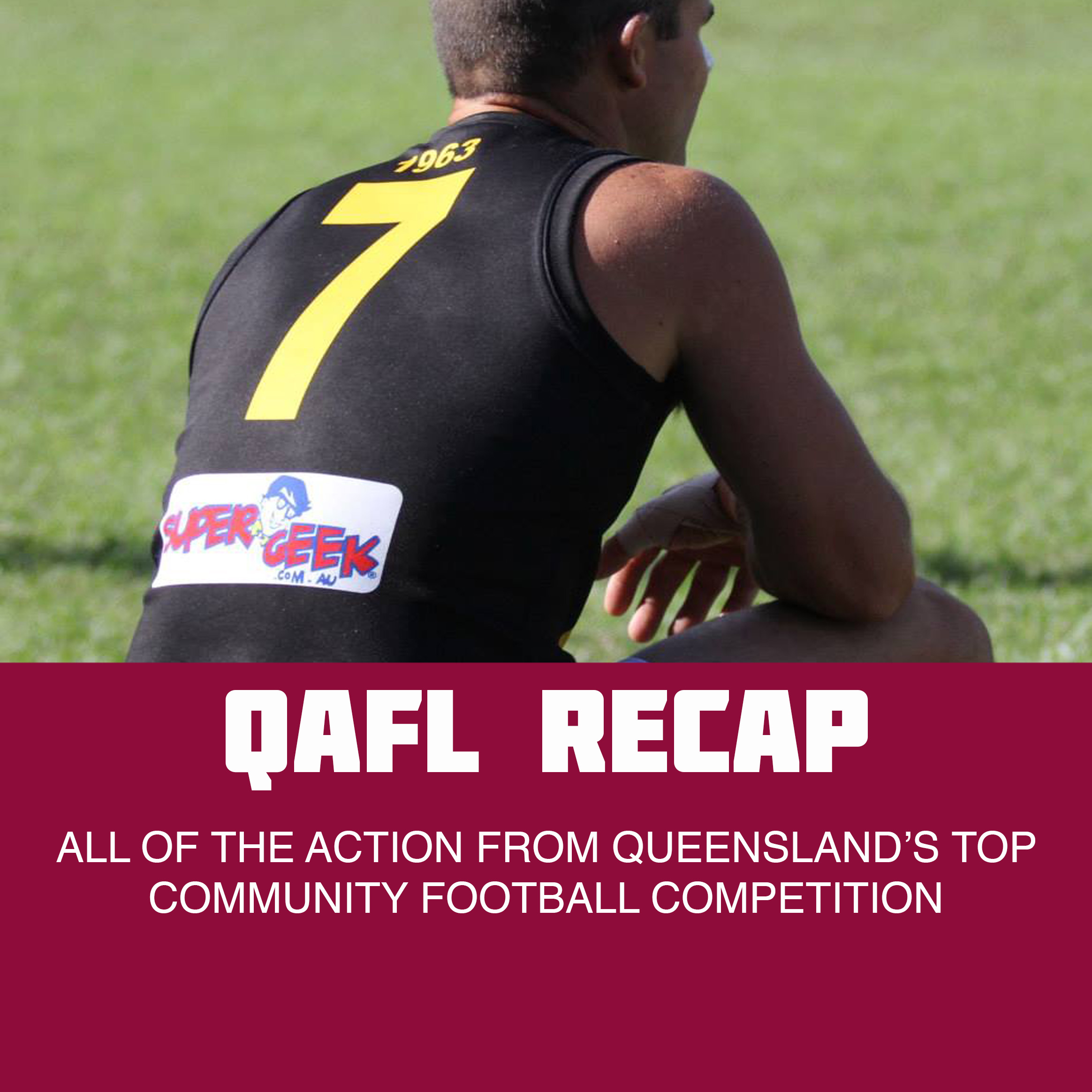 In a case of people imitating animals, Broadbeach adopt their moniker’s aversion to rain, in a 59-point loss to Labrador.

The Cats’ smaller line up struggled in a second straight wet game, with the Tigers’ bigger bodies taking control around the contest, in their 11.9 (75) – 2.4 (16) win.

The Tigers’ Todd Featherstone was a machine in the midfield, laying 16 tackles for the match, while Josh Clarke gave the Tigers first use.

It was that dominance in stoppages, of which there were many as the heavens opened up, which set the tone for the Tigers win, keeping the Cats goalless for three quarters.

With their double chance sewn up, the Tigers took a cautious approach to a number of injured players, playing with reduced numbers in the latter stages of the match.
Labrador coach, Steve Daniel, said his team was prepared for the next step in the season.

“The boys were fantastic today,” he said.

“All the boys played their role , and they had to with a lot at stake.

“All we’ve had (though), is a really good year and now it starts again.”

Cats coach, Wayne Petterd, was pragmatic after the game, acknowleding his side’s deficiencies after the match.

“We just don’t play good footy in the wet,” he said.

“Our young, immature bodies don’t like contested footy…but in conditions like these, there’s not much else you can do.

A knee injury to Nathan Quick was another blow to Broadbeach on a difficult day.

Morningside will head into the QAFL finals without a loss to their name, after a 104-point win over the magpies to round out their 18-0 home and away season.

The Magpies kicked the opening goal of every term bar the last, but the Panthers were able to respond in kind to each of the Magpies’ majors, showing no signs of easing off, despite wrapping the minor premiership up a fortnight ago.

Ben Niland-Rowe was the best for the Panthers in defence, while Blane Delbridge  (two goals) was good in his return from an ankle injury.

Jordan Bain booted four for the Magpies, taking his season tally to 59 , the second-highest in the QAFL, behind Broadbeach’s Taylor Haley.

It was youngster Tom Michael who impressed for the Magpies, showing some positive signs for the future in his performance, while Chris Hunt and Sean Mewing were also impressive.

The relatively young Magpies showed the signs of a long season, in which they managed five wins to finish in eighth spot.

Morningside now has a week off, before facing the winner of next weekend’s qualifying final between Labrador and Palm Beach, for a spot in the grand final.

After conceding the first two goals of the game, the Gorillas did not let another in for the rest of the match as they skipped away to their biggest win of the year.

In the challenging conditions, Grange took control though the game and a  six-goal final term sealed their sixth win of the season.

Grange playing coach, Matt Trewhella, was happy to go out on a high.

“We stuck to what we were trying to do, the communication was good, the basics that all the good teams do well, (we did),” he said.

“We did it for the whole day.”

While they won’t make finals in 2014, Trewhella said the last month, with a number of their regular Aspley-listed players unavailable, had taught his side a lot and he hoped to see that continue into next season.

“The guys are starting to understand what it takes to play at the higher level,” he said.

“We relied a bit on our NEAFL players, where some of the better sides just use them as top ups, and so our reserves guys haven’t necessarily had the opportunity.

“Albeit (the unavailability of the NEAFL players) has probably cost us finals, I think the guys have learned a lot and that’s the main thing.”

UQ had opportunities to score but after their rapid-fire start, couldn’t convert their scores, finishing with a 2.7 return.

The Red Lions had an improved back half of the season, finishing in ninth spot with two wins.

Surfers Paradise completed a breakeven season, with a 37-point win over Sandgate.

Goalless to quarter time, the Demons wrangled the ascendency in the second and a seven-goal to two second half stretched out the score to 10.10 (70) – 5.3 (33).

Experienced heads, Jake Ryan and Simon Fenton, booted three each, while Cassidy Haberfield once again revelled in conditions at which most would baulk.

Demons coach, Beau Zorko, said once his side adapted to the weather, they showed strong fight.

“We didn’t respond well (to Sangate) and we didn’t play to the conditions early but we were able to get ourselves into the game,” he said.

In the wash up of 2014, Zorko said he was pleased with the development the side had shown.

“The guys have shown great character this year,” he said.

The Demons will end their season in sixth, 12 percentage points outside finals, with nine wins and nine losses.

Hawks coach, Ian Carter, said he was pleased with the competitiveness his side showed early.

“It was only 15-20 minutes of the last quarter where they kicked a few easy ones,” he said.

“I couldn’t be more proud of them.”

There was a lot of feeling through the group and they were really happy. I haven’t seen that for a long time.”

Tyson Allsop was the best for the Hawks, while Ben Beaven was important, coming back into the Sandgate team.

Demons ruckman, Michael Cunningham, had his season called early with a gash to the head, while Regan Salter sprained his ankle.

Finals football started a week early for Palm Beach, who saw off Mt Gravatt by just six points in their final home and away fixture.

The teams were locked up at half-time and the final change and if not for a dropped Mt Gravatt mark in the dying seconds, the Lions could easily have split the points, in the 10.6 (66) – 8.12 (60) win.

A scrappy game in heavy, wet conditions, the intensity and congested nature of the contest replicated that of September.

Palm Beach were without Sam Kitchin, Brock Askey and  Zac Callinan in the scrappy match, while Jackson Emblem and Todd Bryant were impressive, with Clint Kelly kicking four goals.

Lions coach, Daryn Cresswell, said the match was the perfect lead in to finals.

“To steel ourselves and come away with a win was terrific and the way the boys absorbed that pressure was good,” he said.

“We lost concentration, got up a few times by three goals and weren’t able to keep it.”

Mt Gravatt looms as a finals wildcard, with the performance proving their Rd 9 upset of the Lions was no fluke.

Fielding one of their strongest sides of the season, the Vultures reminded the QAFL competition of their potential, as they head into a sudden-death clash with Broadbeach.

Dom Nash booted four in his best performance of the season, while Matt Johnson and James Markham were solid.

Mt Gravatt coach, Brad Pollock, said the loss was bittersweet, but would give his side confidence heading into the finals series.

“We wanted to play good, solid footy and keep that momentum going into finals,” he said.

Both sides will welcome some key personnel into their line ups for week one of finals, with Palm Beach facing Labrador in a qualifying final and the Vultures in an elimination final against Broadbeach.