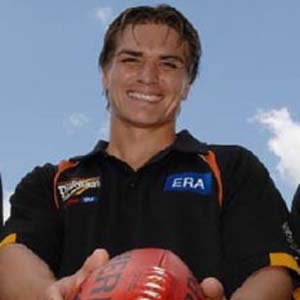 Thunder wingman Aaron Motlop was best on ground and took home the Chaney Medal as the Eagles halted Saints quest for a premiership four-peat with the 13.10 (86) to 9.6 (60) win.

It was Wanderers first premiership in 18 years and similar to their 1992-93 heroics when they also beat St Marys by 51 points in the biggest NTFL grand final upset in history.

Motlop is in sublime form ahead of the start of the NEAFL season, finishing second in the Eagles best-and-fairest award after playing only 10 games due to Thunder’s 25-game per year rule, and has been among Wanderers best players in each final in the past month.

Jarred was phenomenal in the stoppages and kicked a brilliant left-foot snap goal in the second term to bring Saints within two goals, but it would be as close as St Marys would get for the rest of the game. He showed no signs of a groin injury that hampered his 2010 season and is back to his best after post-season surgery.

Cameron was everywhere around the ground and also finished with one goal, but the usual resolve of St Marys was missing and a lack of run and hardness at the contests was their downfall.

Iggy Vallejo tried his hardest but was well held across half forward and struggled to have an impact when thrown in the middle, while Karl Lohde appeared to be carrying a hamstring injury and is in doubt for Thunder’s Foxtel Cup opener against Morningside at the Gabba this Saturday afternoon.