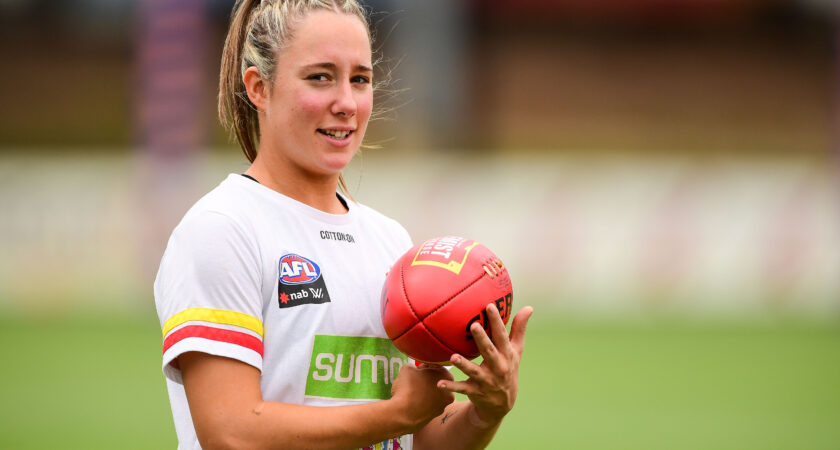 The injury, which occurred during a club training session, will see Yorston miss the upcoming 2021 AFLW season.

AFLW Head Physiotherapist Aaron Duffy said Yorston would consult with a specialist before deciding on the best course of action for her rehabilitation.

“It’s incredibly unfortunate for Jacqui to have ruptured her ACL this close to the AFLW season starting,” Duffy told the Qscan Injury Update.

“Jacqui will be meeting with a specialist in the coming days and the advice from that consultation will help the club determine how to best manage the injury moving forward.”

SUNS Head of Women’s Football Fiona McLarty said the club was committed to providing Yorston all the support she requires during the rehabilitation period.

“Jacqui is an extremely valued player within our club and we know her absence will be a big loss for us this season,” McLarty said.

“She is a terrific character and we’re confident Jacqui’s resilient nature will hold her in good stead as she tackles her rehab.”

The SUNS have the option to add an injury-replacement player to the squad which the club will assess over the coming weeks.