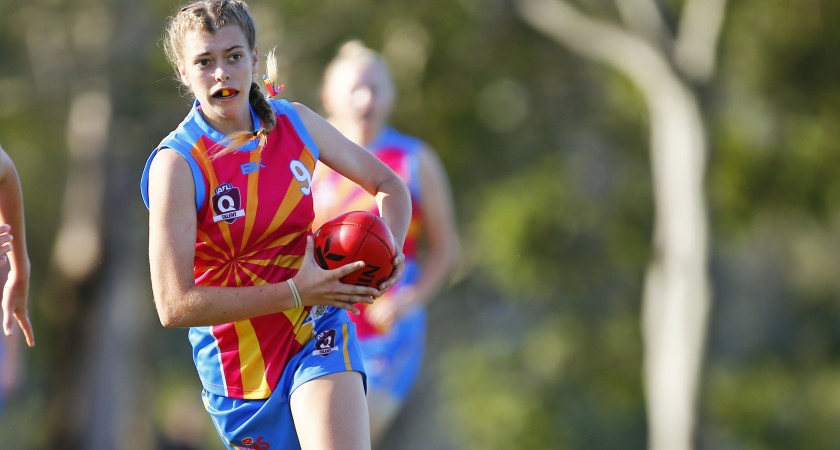 The Gold Coast Sunsets have joined the back-to-back champions club with an 8-point win over the Brisbane South Vixens in the final of the Under 17 Youth Girls State Championships at Yeronga today.

A gritty first half from the Vixens saw them head into the major break 9-points up, but the classy Sunsets came out swinging in the third, kicking four goals to one to edge ahead by seven at the final change.

It was a slogging fourth quarter, full of tough, brave footy from both teams. The effort that was rewarded with just one score, a minor to the Vixens;  The Gold Coast Sunsets taking home the cup 7.4.46 to Brisbane South Vixens 6.2.38.

It was a good carnival for the northern regions, North Queensland Northern Stars claiming Division 2 honours and Mackay Crows, Division 3.