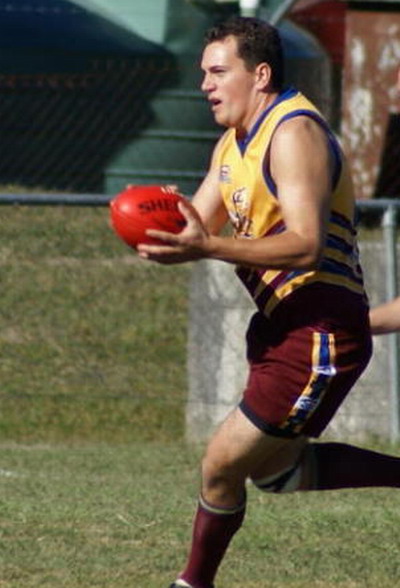 Caboolture Vs Nambour and Hinterland

Nambour will make a quick trip down the highway to take on Caboolture in the opening game of round 15 on Saturday. The Lions are currently sitting in fourth place on the ladder and look to be one of the teams capable of testing the supremacy of Logan and Nambour. Last week they had a comfortable eight goal win over Calamvale where Mark Schmidt produced his best game of the year to kick seven majors and named a clear best on ground. Jerry Buchanan was also influential for the Lions, kicking three goals and being very handy throughout the contest. Nambour had the fright of the season last week where they managed to beat Coomera by a solitary point. With only percentage separating them and Logan for top spot, the close result in round 14 is not something they would have been expecting. Fortunately Chris Abraham was in brilliant touch, as was Alistair Baker who finished with two goals. Nambour will be keen to show they are a better side than their performance last week, but Caboolture will be ready to meet the challenge.

Calamvale will host the UQ Red Lions on Saturday and will be hoping to bounce back from their convincing loss last week. The Leopards were unable to put any scoreboard pressure on Caboolture last week and the 51 point margin reflected that. Alan Flower was limited to two goals, and the side as a whole was checked closely in the forward half of the ground. Justin Beh battled hard all day and scored a couple goals of his own, while Wade Hurst and Brenton Waite were also impressive in a losing side. Last week UQ were able to come away with a 19 point win in their University derby match against Griffith. Brent Watkins and Tom Gould were dangerous up forward and each got three goals. Calamvale were able to get over UQ by three goals in their round six match, but the Red Lions should take a lot of confidence out of last week’s game and will definitely hit the ground running.

The Redcliffe Tigers will travel to Dauth Park this week to face the Beenleigh side that went so close to upsetting ladder leaders Logan in round 14. The Buffaloes were unlucky to go down by just three points in a brilliant effort. Matt Kimpton was close to best on ground and generated plenty of drive for Beenleigh, as did Brett Poppleton and Glen Van Breemen. Redcliffe, however, managed to get a close win last week, with a 14 point victory against Ipswich. Jason Apps was best on ground with three goals, followed closely by Michael Alkin and Aaron Richardson who also was amongst the goals with four of his own. The Tigers were victorious in their last battle in round 6, but Beenleigh have risen to be a powerhouse of the competition in recent weeks. Redcliffe will need to be at their best to stick with the giant killing Buffaloes.

Griffith Moorooka are up against Coomera at Moorooka this week following their loss to arch rivals UQ in round 14. After fighting back to take the lead going into the main break, Griffith Moorooka couldn’t do enough to stick with UQ after half time. Despite this Nathan Hart still managed to kick three goals and was among his side’s best on the day. Captain Chris Lowe was another solid contributor, while Damian Hughes kicked two goals and worked hard to create chances up field. Coomera were able to get within a point of Nambour last week which, although is an effort in itself, must be very disappointing to not come away with a landmark win. Jamie Cootes turned it on and was the Magpies best, while Matt Hofmeier was deadly up forward with four goals. Coomera made short work of Griffith Moorooka in their last encounter and they shouldn’t be stretched too far in this one either.

The last game of the round will see the ladder leaders Logan face Ipswich at Tansey Park on Saturday. The Eagles have performed admirably in most games this year but still sit seventh on the ladder after last week’s loss to Redcliffe. Aaron Fortescue performed well in a losing team, while Paul Shoormans provided a genuine target up forward and kicked four goals. The Cobras had a close call last week with Beenleigh almost taking them down as they did the former ladder leaders Nambour. The three point loss was way too close for comfort for the Logan boys, although inspirational leader Dan Milligan was the difference in the end with a memorable best on ground display. Karl D’Orazio and Cameron Fitzpatrick were both lively up forward, finishing with seven goals between them. Dylan Witney had one of his more quite games for the year and he will be looking to have a big one against the Eagles at home.