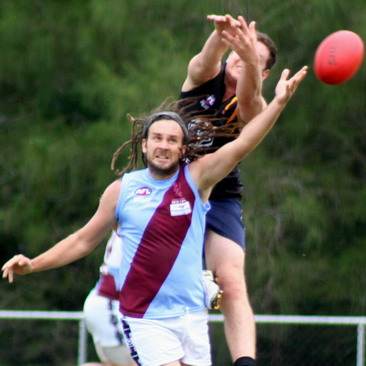 Redcliffe will be at home against the UQ Red Lions on Saturday needing a win to feature in the finals for season 2011. The Tigers were unable to cement their spot in the top five last week in a crucial loss to Coomera. The Magpies 23 point victory now has them in the prime position to steal the last spot in the finals. Redcliffe will need to win here and bank on Coomera losing to not have a premature end to their season. Mark Fitzpatrick was gallant in the loss, as was Richard Kernick who was again named in his side’s best for the seventh time in nine weeks. UQ recorded just their fourth win for the season in round 18 as they accounted for Ipswich in an impressive outing. The Red Lions will be looking to seasoned performers Zac Bell and Sean Westerhuis to provide some useful service as they attempt to repeat their 19 point win over the Tigers in round nine. Although this is a game that Redcliffe should and must win, there has been a lack of conviction in their efforts throughout the year. This was highlighted last week and UQ should look to take advantage of it from the opening bounce.

Beenleigh will host Coomera at Dauth Park on Saturday in the first game of the last round of the year. The Magpies were able take the four points against Redcliffe last week and move into fifth spot on the ladder. The big win came on the back of some brilliant work from Doug King and Aaron Talbot, along with Tom Clough who had four goals and Luke Jones who finished with three. The crucial victory has now put them in a position to play finals footy this year if they get over Beenleigh. This task has been made even harder with the stretch that the Buffaloes have put on in the past month, and last week was no exception. They easily accounted for fourth placed Caboolture by 67 points, with Mitch Fryer named best on ground and Chris Rees ending up with six. The Magpies will need to assume that Redcliffe will beat the ninth placed UQ Red Lions on Saturday, in which case they need a win to stay in the finals hunt. This will be a tough ask as Beenleigh have been the big improvers of the competition, but there is no bigger incentive for any team to dig deep and bring their best.

Ipswich will want to end their season on a high against Caboolture this week after a disappointing outing in round 17. The Eagles lost to second last placed UQ by 22 points and were not helped by their wayward goalkicking as they finish with 8.16-64 for the day. Ipswich will be looking to the likes of Tayne Pilsbury and Damien Brereton to help rectify this if they are a chance putting on some genuine scoreboard pressure. Caboolture weren’t much better in their last game as they were convincingly thrashed by 67 points. Not the result the players and coaching staff were after so close to the finals, the Lions relied heavily on the services of Blake Wilson and Troy Fraser, while Michael Duncan and Stewart Davies were also handy in patches. Caboolture will need to pull themselves together after the thumping last week and get their minds on finishing the season strongly and hitting the finals running.

Griffith Moorooka has the unenviable task of facing the red hot Logan Cobras in the last game off the regular season. Last week the Cobras evened the ledger against Nambour and placed themselves one game clear on top of the ladder. Now the favourites for the flag, Logan was clinical in their three goal win over Nambour. The Cobras back six managed to blanket the dangerous Nambour forward line, while playmakers Dylan and Ash Witney ran riot. Sam Moran kicked three goals and was very influential and Cam Fitzpatrick was named best afield in a standout effort. In what will be seen as an intimidating result to the rest of the teams in the competition, Logan has now firmed as the real deal and will be full of confidence this week. Griffith Moorooka was on the wrong end of a 98 point thrashing against Calamvale. As has been the case for most of the year, the Griffith Moorooka midfield lacked the penetration to pressure the Calamvale ball users and this resulted in the back six having a tough day at the office. The last times these two sides faced each other in round nine, Logan came away with a 140 point win. Unfortunately for Griffith Moorooka, Logan has improved since then and a similar result may be on the cards.

Nambour and Hinterland Vs Calamvale

Nambour will want to finish their season on a high against Calamvale after suffering only their second loss for the year last week. The three goal defeat at the hands of ladder leaders Logan couldn’t have come at a worse time as the two sides are tipped to meet in the grand final in only a matter of weeks. Chris Abraham continued his consistent form with another eye catching effort, and Ben Stanley was the leading forward for the day and finished with three goals. Shaun Guthrie was Nambour’s best for the second time in as many outings against the Cobras and will want to keep that intensity when his side reaches the finals. First they must get over Calamvale who were brilliant in their demolition of Griffith last week. Dangerman Alan Flower had his best game of the year and booted seven goals to take his season tally to 83. Certainly one of the favourites for the league medal, Flower was outstanding in the 98 point win and was well assisted by Justin Meh and Ren Lovitt. Rick Shaw and Andrew Rhodes were also big contributors and provided plenty of spark alongside Flower up forward. In round nine Nambour came away with a 32 point win and will need to lift another gear to get the same result and prepare themselves for a shot at the premiership come finals time.