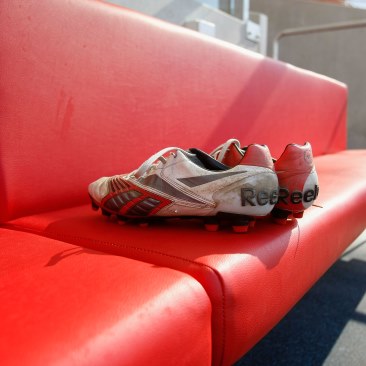 Skill, hard work and talent all contribute to success in football, but there’s also a spot of luck required.

Continuity is key to a team’s flag chances, but in the absence of that , it’s a side’s depth which is exposed.

This season, a number of QAFL teams have leaned on their depth in the midst of changes with NEAFL and state availability, injuries and other factors.

Who has dealt with it the best and who has had the luxury of keeping their side on the park?

It will probably come as no surprise that the undefeated Morningside has been the most stable side this season, using 35 players over the first 14 games of the season.

With just the two NEAFL players coming back to their side this season, in Ryan Holman and Jon Williams, the Panthers have been able to maintain a fairly stable core group.

They have thrown in some new blood, but these players have not exactly been thrown in the deep end, with Nathan Kinch, Paul Shelton, Kent Abey there to hold the fort each week, while improving trio Ben Niland-Rowe, Ryan Johnson and Alastair Nash have cemented their spots, playing every match.

Expect a few more changes as the Queensland U18 boys become available in the final part of the season, though.

It might surprise some to see the Vultures in second spot for stability this season.  The injuries the Vultures have had this season have often been their key players, so while they’ve had fewer, each has left a large hole in the side.

Their list of players who has played every game reflects the general blend of their side with captain, Joe Murphy, the most experienced entry, while Dan Thomas, Matt Jonson, Brenton Saunders, Jonah Licht and Todd Carbone, round out the list.

All six of those players have performed important roles for the Vultures and Licht and Carbone, particularly, have really stood up for the side despite their tender years.

Magpies coach, Glenn Humphrey, has stuck fat with the majority of his team this season

It’s no surprise that Lachlan Woods and centre half-back, Chris Hunt, are the two who have fronted up each game. Hunt would be close to the team’s most important player and is having a super consistent season, while Woods is a solid contributor in the midfield and adds plenty with his leadership as well.

Palm Beach, like most of the Gold Coast clubs particularly, has adjusted to weekly changes due to state, SUNS reserves and Southport availability.

It’s the five Lions who have played every game which have really become crucial to their side, led by captain, Jesse Derrick.

Derrick is joined by Clint Kelly, who has become a bit of a utility used in the ruck and up forward this season, on-baller Todd Bryant, small forward, Kristan Higgs and Tasmanian recruit, Josh Woolley.

This quintet have provided some of the most consistent performances of the season and have regularly been among their side’s best.

Broadbeach coach, Wayne Petterd, has emphasised the importance of his team’s even spread across a great portion of its list, and their usage reflects that.

Their four with a perfect record are Taylor Haley, Nathan Quick, Josh Searl and Brayde Palmer, who form key parts of the team’s spine, making it easier for those younger players coming in.

Wilston Grange is around the average mark with the players it has used this season, but similarly to MT Gravatt, their injuries have been big ones. Captain, Steve Brittain, with eight weeks out for two injuries, heads that list, and they have also had a handful of State u18 and NEAFL players regularly in and out of the side.

Rising star, Dan Farry, ruckman, Jim McMahon and fullback Anthony Penny are the only three Gorillas who have featured every week. The trio was a quartet up until last weekend, when a calf complaint saw playing coach, Matt Trewhella, withdraw from their clash with Sandgate.

As the Queensland U18 program finishes up, they can expect to settle their side a little more, in their charge for an unlikely finals spot.

Surfers paradise has made no secret of its reliance on NEAFL and U18 players this season and that weekly player reshuffle has impacted on their stability.

As the season has gone on, they have managed to keep more of their side together, with Tayler Rolfe, Sean Atkinson, Darcy Dienjes, Brody Haberfield and Daniel Van De Werken playing all 14 games for the Demons this year.

A bad run of injury and some natural student fluctuations in availability have hurt UQ this season.

They haven’t been as affected by NEAFL changes, but they have simply struggled to keep the same team on the park every week. They have uncovered a handful of gems, but the timing hasn’t been quite right. Ruckman, Patty O’Shaughnessy was finding his feet in the team before he went travelling overseas,

Tom Crameri is the sole Red Lion to take the field every game and has been a solid performer for them this season.

Of the current top five teams, Labrador is the only one not in the top five by this metric. Not a single Tiger has managed to play every game this season and injuries each week have forced changes. Their draft approach this season has meant they didn’t rely on NEAFL players coming back into their side and have really called on their younger players to step up.

The closest to 14 games have been Chris Turner, Simon Seddon and Tom Daniel, all of whom have missed just the one game so far.

Their ability to string some handy wins together as a very understrength side has benefitted them greatly and as they regain players after the bye, they will become a stronger force in the competition, at just the right time.

With their rollercoaster last month, Sandgate’s numbers have blown out a little bit, leaving them with the least stable side in the competition. The Hawks have had four players feature in every game, though, with captain, Michael Richardson, Aden Rutledge, Trent Fuller and Jacob Hipwood all lining up every week.

They have had a number of state and NEAFL players in and out of their side through the year, which has impacted their numbers as well.

The fact that this list almost mirrors the QAFL ladders really reflects the importance of maintaining continuity and depth in a side’s list.

This season we have seen the impact that weekly changes have had on each side and the teams that have coped with that have been the ones.

Labrador’s effort is probably the most doable, with the Tigers managing to stay top four chances without almost any continuity in their side.

Their outs have been major ones as well, with captain, Ryan Davey, missing with work and players like Kurt Niklaus struck by injury through the season.

The real key in these figures, is the names that feature every week. Almost without fail, these players are the core around which the team is built.

Of the 36 players who have played every game, six are club captains, across five different clubs, while almost every one of them has been a major contributor to their side.

Some of these numbers could certainly be different, with clubs taking a cautious approach to injuries of major players this season, where in a high-stakes clash they probably would run the gauntlet.

The importance of stability is true of all levels.

Tenth-placed North Melbourne used the least, with 33, but injuries to captain, Andrew Swallow and other key players ultimately cost them.

Continuity will only become more important as the finals come closer, with  inexperience costly in finals.