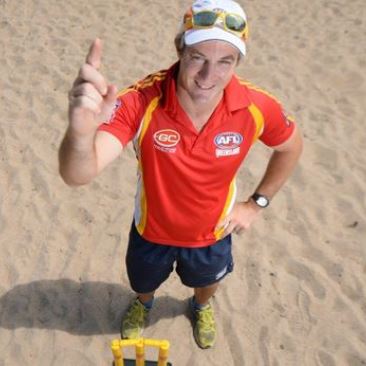 SCOTT Smithwick is itching to get back on the field.

The Capricornia Aussie rules season might still be a few months away, but AFL Capricornia regional manager Smithwick is planning to have players back on the oval by next month.

In a first for Aussie rules in the region, Smithwick and Glenmore Bulls AFC president Wayne Redsell have been working together to introduce AFL 9s to Capricornia.

Smithwick said he was excited to kick off the competition which would increase pre-season fitness and Aussie rules participation.

“AFL Queensland is really pushing the AFL 9s concept and it is huge down south,” Smithwick said.

“We haven’t had AFL 9s in Capricornia before but we did run a similar program in Gladstone about two years ago and it was really successful.”

AFL 9s allows people of all ages and abilities to participate in mixed, male or female competitions.

The game focuses on playing socially for fitness and is played between two teams of nine with interchange players on a 100m field, or smaller area.

Teams can score by kicking the football into their attacking scoring zone to elected forward players who are the only players allowed to score. If the ball hits the ground, it is an automatic turnover and a mark is awarded no matter what distance the ball has travelled.

AFL 9s is a semi-contact version of Aussie rules which replaces tackles with a touch.