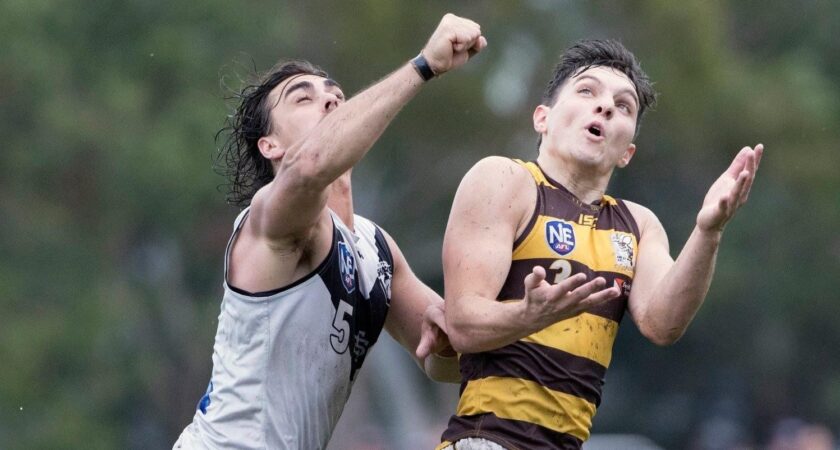 The first all-Queensland VFL derby will take place at 1pm tomorrow with the Southport Sharks at home against the Aspley Hornets.

The two teams last clashed 595 days ago in the 2019 NEAFL Preliminary Final, with the Sharks claiming a 30 point win on route to the Grand Final.

It’ll be the first home game for Southport, still buzzing after last week’s one point win over Carlton, which saw Lukas Webb clinch victory in the final minute after being down by five points.

He’ll be one to watch tomorrow, alongside Billy Gowers who slotted six in his debut game.

The Hornets also come into the match with confidence and a round one win on their side, after thrashing Port Melbourne by 53 points.

Likely to shine again will be Matt Payne, who made his mark on the VFL last week kicking two goals in the first quarter.

The ANZAC Day clash kicks off at 1pm at Fankhauser Reserve.

The game will be live streamed on the VFL YouTube channel.

South Queensland (SQ) will rely on a mix of new talent and experience when they take on North Queensland (NQ) in the upcoming Queensland representative clash.... [more]

Queensland’s new $18.8 million facility at Moreton Bay has been announced as a joint winner of the prestigious National Project of Year as part of the... [more]

Celebrating Pride Round across Queensland

No rain will be needed this weekend to guarantee a rainbow, with community clubs across Queensland celebrating the third annual Pride Round. The round aims to... [more]

Submitted by Peter Blucher. Lachy Keeffe walked off Giants Stadium in Sydney on Saturday afternoon pretty content with his football lot after the GWS Giants... [more]