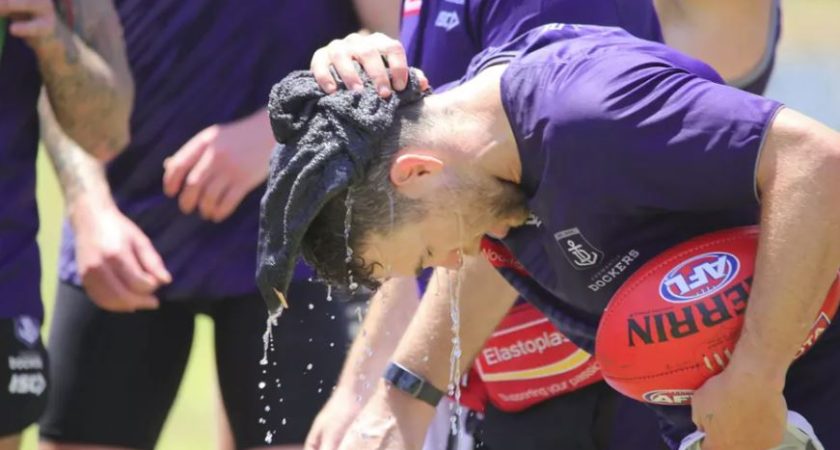 The Sunshine State will welcome over half a dozen AFL teams throughout the summer as preparation for the Toyota AFL Premiership season continues to ramp up.

Seven of the AFL’s premier clubs including teams from South Australia, Western Australia and Victoria will travel to either the Sunshine Coast or Gold Coast in the offseason to embrace the best of Queensland’s tropical weather.

Already, Port Adelaide, Hawthorn and Fremantle have spent time in the state when the mercury reached as high as 30 degrees.

Fremantle, who spent last week training at the Southport Sharks and Bond University facilities on the Gold Coast, were the first of the seven AFL clubs to complete their preseason camps in the Sunshine State.

“They’re testing conditions, but it would have been 30 degrees back in Perth as well,” Bell told fremantlefc.com.au.

“There’s a bit of extra humidity on the Gold Coast so that will be a challenge for the players.”

The Power have spent the past week at Noosa’ Rococo Bistro Oval where they will train until December 21.

Similarly, the Hawks have been training at Maroochydore Multisports Complex and will also depart this Friday.

While both sides ideally made the trip to Queensland to test themselves against the humidity, heavy rain last week made training conditions rather difficult with Hawthorn opting for more of a slip and slide approach.

Maroochydore appears the preferred destination for more of the clubs travelling to Queensland in the new year with the Western Bulldogs, Melbourne and Carlton all set to train at the venue across January and February.

The Western Bulldogs will call Maroochydore home from January 23 to 29 where they will hold an opening training session on Sunday the 27th.

Immediately following the Bulldogs’ departure from Maroochydore, Melbourne will train there form January 30 to February 5 before the Blues do the same from February 5 to 9.

Collingwood will be the seventh club to spend time in the Sunshine State.