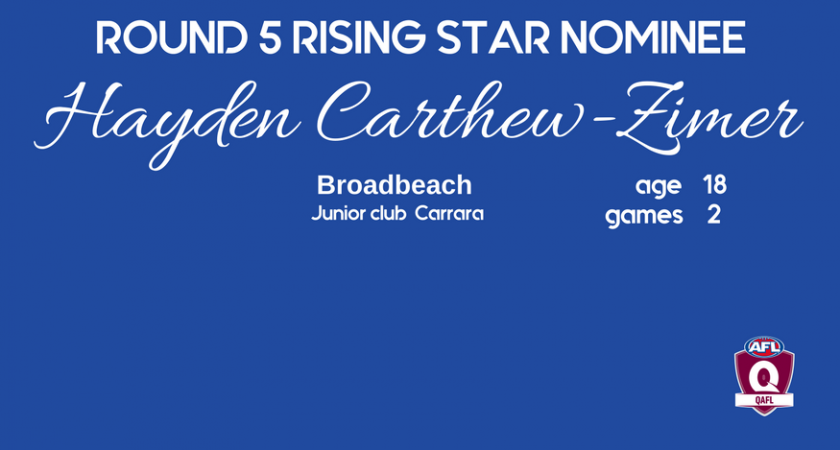 Hayden Carthew-Zimmer has been named the QAFL round five rising star, after a breakout performance for Broadbeach against Morningside over the weekend. The promising youngster bagged two goals in an impressive outing, while also using his pace to provide defensive pressure across the half forward line.

“It’s great to run around with the seniors, it’s a lot harder than Colts last year and all that, but I loved it,” said Carthew-Zimmer.

“It’s a lot quicker, which gets you thinking a lot which is good.”

As a young player making his way in the team, Hayden is focusing on keeping it simple, retaining his spot in the side and learning from senior players like Josh Searle.

“He’s really good behind the ball, his talk, his one percenters you know, it’s one of the key things to his game that makes him stand out,” said Carthew-Zimmer.

“It’s not always about the ball carrier obviously, and that’s what he’s really good at.”

Broadbeach will be aiming to make it three wins in a row, when they come up against Mt Gravatt at Ord Minnett Oval in round six.