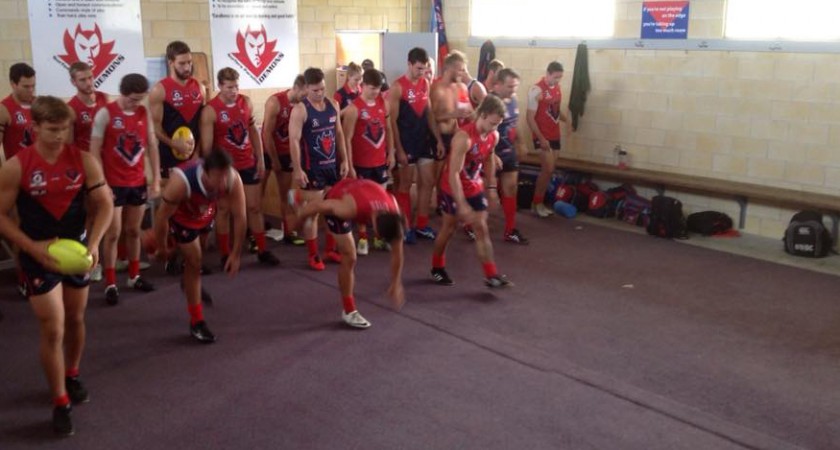 Pope – a contested ball bull – won his own footy all day in Surfers Paradise’s big win over Labrador on Sunday; he was the bloke who got them going early.

He said it was nice to string a solid four-quarter game together.

“It was definitely my best game of the year. I started off slower than what I would have liked this year. I built into it last week and then had my best game yet on Sunday. There is still plenty to improve on though,” Pope said.

The Demons made a statement on Sunday; they showed what they are capable of when it all comes together.

“All year our first halves have been really good, but we have let teams back in after half time. It was something we really focused on, that we need to forget about that first half and start again,” he said.

“A result like that has been brewing, I know they had a few players out, but we can only beat what’s in front of us, and we had a few missing as well. It was a really good win.”

After arriving at Surfers Paradise on a full time basis from Southport over summer, he has more to worry about than just getting a kick now.

“Being assistant coach, when I was at Southport you are just worrying about yourself, but now I’ve come back, and have started worry about other blokes, and setting up structures,” Pope said.

“I think keeping it simple, trying to set other blokes up and then doing my bit, the defensive running, getting inside, has really been key.”

Returning to state league competition as a previous Grogan Medal winner in 2012 means there is a bit of pressure and expectation to perform.

“One big thing I was worried about, was that I go back there with a little bit of a reputation, and I didn’t want to be a flop,” he said.

“You see some players come back, they don’t train as hard and all that stuff, and I really didn’t want to do that. I challenged myself to really keep my standards high and drag the young blokes on and lift their standards.

“I don’t really care about how many possessions I get or how many goals I kick, it’s about helping the young guys develop.”

Retirement is not even slightly on his radar yet, but don’t be surprised to see Pope in a coaching box one day.

“It’s very different, worrying about 40 other blokes. You never know what will happen in the future but I’m very happy doing what I’m doing.”

Pope believes a win of this magnitude couldn’t come at a better time for Surfers.

“After the first few weeks, I think the group struggled to believe we were good enough to match it with the best sides, so the most beneficial thing from the weekend is that we knocked off the premiers so early in the year, so I hope they all can believe that if we bring our game, we are good enough to beat anyone,” he said.

“There are no limitations, we have just got to keep building and keep improving, and see where the year takes us.”

The Demons take on Morningside at home next Saturday, May 7, after the competition bye this weekend.