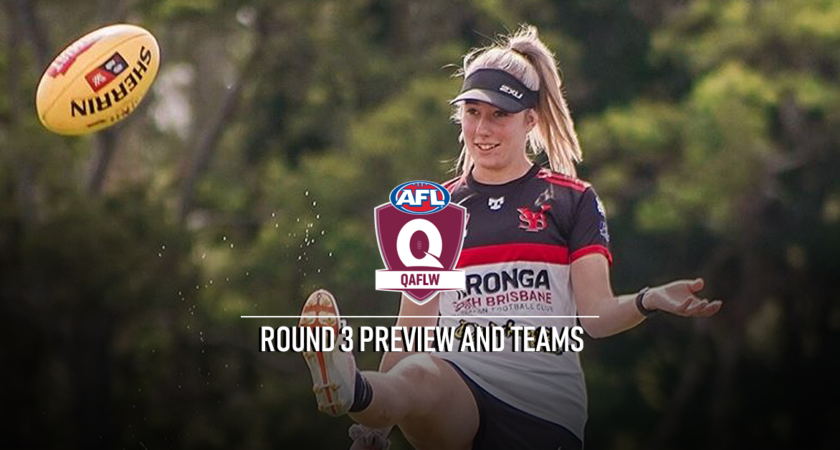 Wilston Grange will hope to put a shock home loss to Maroochydore behind them as they aim to ascend beyond the current mid-ladder logjam which also includes this week’s opposition, Bond University.

The Gorillas claimed a surprise win in the opening round against a much-fancied University of Queensland however slowed up in the final quarter last week against the Roos, falling to an even more shocking defeat.

Both Bond University and Wilston Grange are among a group of four teams in the standings that all enter Round 3 with a 1-1 record along with Aspley and Maroochydore – who also play each other this weekend – meaning the possibility of moving into third place is up for grabs for whoever can capitalise the best.

The contest between the two sides, if the opening two rounds are anything to go by, will likely be a fast-paced affair given both the Gorillas’ fast moving game plan and the Bullsharks’ tendency to spread quickly from the contest.

On the personnel front, Wilston Grange will be without one of their more experienced players in Emma Gerke but have blooded talented youngster Imogen Stackelberg for her QAFLW debut.

Bond University on the other hand, will enter the contest bolstered by a plethora of Gold Coast SUNS Academy talent.

Serene Watson, Charlotte Hammans, Emmii-Lee Zanker Close and Kitara Farrar, all academy members, have been named for the contest with the latter scheduled to make her QAFLW debut after moving down from South Cairns.

The Bullsharks boast the highest quantity of SUNS or Brisbane Lions Academy talent of either side in the competition and the inclusions suggest claiming the four points for the second time this year is on the forefront of the team’s mind this weekend.

Among the team’s other inclusions is Lauren Bella, who will play her first game of the season.

A revamped Devils’ midfield could spell a headache for University of Queensland who remain winless two rounds into the new QAFLW season.

The Devils, who have already shown a knack for spreading quickly from stoppages en route to wins over Bond University and Aspley in the opening two rounds, will be bolstered even more following the return of AFL Women’s players to the field in Round 3.

Yeronga stalwart Emily Bates will player her 134th game in the black and red (including junior football) in what will be her first game of the season while offseason recruits Gabby Collingwood and Jacqui Yorston will also make their club debuts.

The trio join Under 18 state representative Dee Heslop to a packed midfield group that already boasts Sam Virgo who has been among the competition’s best performers so far.

For the Devils’ west-Brisbane rivals, the writing is on the wall to avoid an 0-3 start under new coach Lee Whitehorn

The Red Lions struggled against a near full-strength Coolangatta side in their last contest but will be rebuffed by the returns of Bree Koenen and Nat Grider, the latter of whom will oppose Devils’ recruit Collingwood for potentially the first time ever.

While the Red Lions haven’t been able to chalk up a win thus far in 2019, the Red Lions, despite a few offseason losses, still boast the potential to shake up the competition.

Dependable utility Dakota Davidson, who fills a hole for the side anywhere on the park looms as a key for the Red Lions given her flexibility and marking prowess.

Shannon Campbell is set play her first game in the green and gold in over three years this weekend as the hotshot Roos travel to Brisbane’s north in search of their second straight win for the first time in their three-year QAFLW history.

Campbell, just two weeks removed from winning the Brisbane Lions’ Most Relentless award, is one of a few welcomed inclusions to the Roos’ squad who came from behind to claim their first win in nearly a year a fortnight ago against Wilston Grange.

But Campbell will likely not be deployed in her usual defensive post but instead will set up as camp in the Roos’ forward 50 after suggesting to Maroochydore coach Stu Jackson to throw her forward in the state league competition.

North Melbourne utility Thalia Randall will also line up for Maroochydore in the contest while 2018 QFAW Division 1 Best and Fairest winner Lily Postlethwaite is named to make her highly anticipated QAFLW debut.

Aspley will unearth talented youngster Ainsley Rintala-Apps for her QAFLW debut after starring in the Hornets’ Under 17 program in 2018.

The Hornets though, will still be without leader Courtney Daneic for the second straight week have remained largely unchanged from their Round 2 loss to Yeronga.

A key for the Hornets in the clash, if they are to claim their second win, will be Michaela Campbell, who has enjoyed some success against the Roos including a two-goal, vote-worthy performance in Round 12 last season.

Coorparoo will welcome back a wealth of experience for a must-win home clash against Coolangatta Tweed as the side look to clinch their first victory of the season.

Across the opening two rounds, the Kings have found themselves without many familiar faces from last year’s Grand Final team and without the experience on the field, the results – losses to two of the competition’s youngest sides, have relegated them to unfamiliar territory at the lower end of the ladder.

This week though, promises to be somewhat different given after a three week break from the end of the AFL Women’s season, they will usher back in Emma Zielke, Jess Weutschner, Jade Ellenger, Emma Pittman and Jesse Wardlaw.

The plethora of inclusions are a timely addition for Kings coach Michael Hewitt, who has never started a season 0-3 at the helm.

Of course, Coorparoo’s opposition this week will challenge the Kings’ premiership credentials given Coolangatta are perhaps the most inform team in the competition.

Coolangatta, who only have two AFLW players in their squad, won’t be bolstered by the sheer amount of inclusions as Coorparoo, if any at all, with both Bree McFarlane and Leah Kaslar recuperating with injury.

Instead, they will be bolstered by many of their regulars including Rhona Markham and 2018 QAFLW Team of the Year defender Beth Pincham, who bolsters the defensive unit which held University of Queensland goalless through three quarters a fortnight ago.

Coolangatta has also named youngsters Zoe Bloom and Ebony Peterson for their first games of the year.