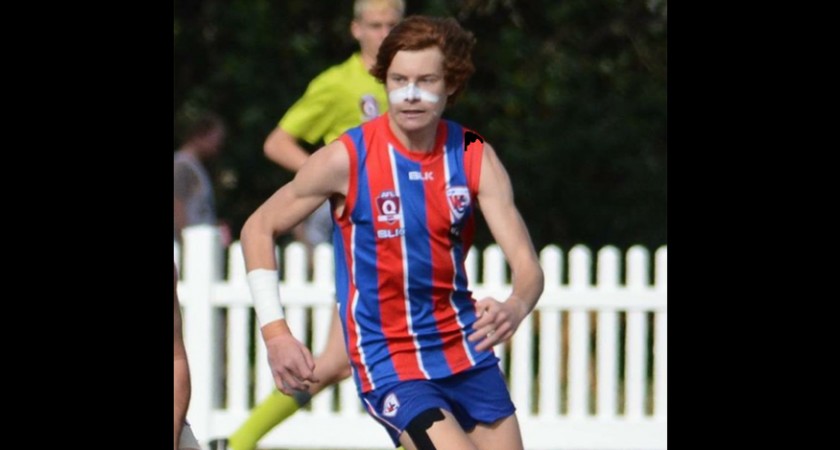 The 18-year-old has had a break-out year for the Gorillas and was excellent against Palm Beach on Saturday, playing on the wing and generating plenty of pace off half-back.

“At the start of the year I set out to play one senior game but to play 15 is just something I never thought would happen and something I’m really grateful about,” Baker said.

“I’m just taking every game as it comes and I guess getting this nomination will give me even more confidence to go out on the weekend and keep performing well and cement my spot in the team going forward.”

While this season hasn’t exactly gone according to script for Grange, Baker has emerged as one of a few shining lights for the Gorillas.

“Obviously we know we can’t play finals but I think we still have a lot to play for,” he said.

“We have this young group of really good young players that are going to take us forward.

“I can really see this group in a couple of years having success so the last couple of games is really about playing for pride and trying to get something out of the season.”

Baker was playing two games every weekend for the Gorillas last year; captaining the Under 17 side while also playing in the Under 19s.

His hard work for Grange paid off when he was given the chance to have a run with the Aspley Hornets NEAFL side over summer, which Baker credits as a catalyst for his success this year.

“Playing reserves and doing a NEAFL pre-season with Aspley leading up to Christmas really helped me build a strong fitness base,” he said.

“I’m feeling fitter than I ever have before and all those things have added up and helped me have a good season and play my role for the team.”

Baker has played all his junior and youth footy for the Gorillas and he says the club is like a second home to him.

“If I’m not playing myself I’m usually down at the club supporting other teams.

“I just love being around the club, it’s really family-oriented and a great atmosphere.”

While Baker has certainly made a splash in his first season of senior footy, he knows there is still more work to be done to improve his game.

“Obviously my size is something I need to work on going forward,” he admitted.

“I’ve got to get a lot bigger so adapting to the physicality and the bigger bodies in senior footy is definitely something I’ve had to get used to.”

With only one game left to play, Baker says the team will be looking to finish the season off strongly, despite not being able to make finals.

“I think we can knock Mt Gravatt actually out of finals so we’ve got a bit of a fire in our belly to do that,” he added.

“Although we can’t play finals we can impact another side’s chance of playing finals so I think that would be a good thing for us if we can get that out of the game on the weekend.”