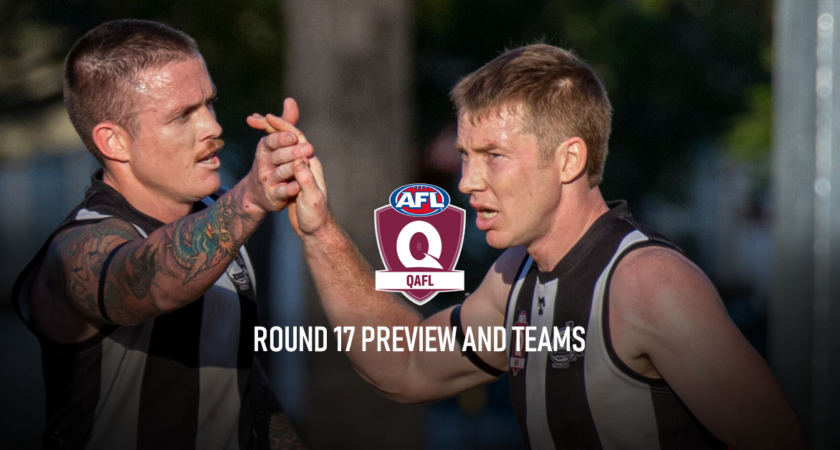 The run home for finals contenders:

Mt Gravatt have lost three NEAFL players but gain two from the same competition for their crunch finals-shaping clash with Surfers Paradise at Dittmer Park on Saturday.

As has been the case for much of the season, the Vultures have had team selection basically dictated to them with Redland-listed players coming and going.

This week Mt Gravatt have lost Bill Sam, Luke O’Sullivan and Harry Hunkin to the NEAFL operation at Redland but they regain key defender Dylan Smith and Kailem Baker from the Bombers.

After their desperately unlucky loss to premiers Palm Beach Currumbin in that marathon at Salk Oval last weekend, the Vultures have added some young legs by promoting Ethan Kerr and Mitchell Fitzpatrick to their senior line-up.

Kerr is a Queensland Under 17 representative and half-forward Fitzpatrick is a former All Australian at Under 18 level.

Down at Surfers Paradise the Demons regain Dan and Matt Green to bolster their attack and have ruckman Harris Newton and Nick Harrison also back, although key defender Sam Jewell is a loss to NEAFL side Southport.

This is a clash between sides placed third (Surfers) and fifth on the ladder but there is special importance attached to the result for the Vultures, who could well cement their place in the finals with a win.

They are only four points ahead of Western Magpies and Labrador. The Magpies have the weekend’s bye while Labrador are playing Morningside at Morningside.

There are three rounds to go so if the Vultures can see off the Demons they will go ways to securing that fifth place and an appearance in the elimination final.

But a loss to Surfers would really leave the door ajar for either the Magpies or the Tigers.

If history repeats itself, then this clash should go down to the wire.

“We go well against them at home but they’ve had the edge over us down at Surfers,” said Mt Gravatt coach Adam Boon.

“But for some reason in recent times the second game of the year between us goes down to the wire.”

Who will forget last year at Dittmer Park when Sam Stubbs kicked the winning goal after the siren for Mt Gravatt?

Surfers coach Brad Moore said the Dees have a top-three finish for the play-offs in sight.

“We’re aiming for even a top-two spot for a finals double chance but Mt Gravatt are playing some good football and we’re conscious of that,” he said.

“They’ve lost their last two games in a row after their opposition kicked two late goals against them.”

It is make or break time for the Labrador Tigers in their quest to grab a spot in the QAFL finals.

On Saturday the Tigers renew rivalries with Morningside, the club that beat them in the 2014 grand final before they reversed that result in the 2015 decider and successfully defended the title in 2016.

Those are the results coach Liam Burke is desperate for his players to regain as the Tigers walk a finals tightrope and basically needing to win all three remaining games to snaffle fifth spot, currently held by Mt Gravatt.

After Morningside, the Tigers play Sandgate (home) and Mt Gravatt (away) in the final round.

So it is all in their own hands coming off the back of a poor effort against Wilston Grange last-up.

“We have to bounce back and regain some pride in our performance,” said Burke of the job ahead on Saturday.

The Tigers have five changes for the trip to Brisbane, four of them forced by injuries and unavailability.

But a big bonus is the return of midfield spark Alex McKay who has finally overcome hamstring issues that first surfaced in the representative game.

Also needing to regain some pride and form is Morningside, who were fairly pedestrian when they lost to Broadbeach last weekend.

Lots of possession against the Cats amounted to not too much scoreboard pressure and this is one area where coach Clint Watts wants some improvement.
“We have had a good week, we had a good look at the tape and worked on a few things,” he said.

“We had been in a pretty heavy training phase but there was no excuse for last week.

“We need the group to come to the game with plans for the work rate to be really high.”

Morningside made three changes, the most notable being the return of Tom Jeffrey, a player who could help give the Panthers extra strike power up front.

With Broadbeach (second), Surfers Paradise (third) and Morningside (fourth) all on 36 points, it means any one of the three finals double-chance hopefuls could fall to elimination finals status with a loss.

As the competition wonders what is going on with Palm Beach Currumbin’s offensive weapon Jack Anthony, coach Jess Sinclair has assured all that the spearhead will be back next weekend.

Since injuring an ankle in the seventh round Anthony has made just one appearance for the premiers, and that lasted less than a quarter when his injury flared again.

As PBC prepared for their trip to Brisbane to play Wilston Grange at Hickey Park on Saturday Sinclair declared that Anthony, who remains the leading goalkicker, will ‘definitely, 100 per cent, play next week’ against Surfers Paradise.

“His ankle is still a bit sore, so is his hammy, but he is good,” said Sinclair without exactly saying that the Lions are keeping their big star in cotton wool heading into the finals.

For the trip to Hickey Park the Lions have five changes, including the returns of premiership duo Jackson Emblem and Dale Neuhaus and veteran Glenn Screech.

Champion defender Angus Munro is missing this week after copping a finger to the eye against Mt Gravatt last round.

Likewise, Wilston Grange have made five changes to host the premiers, highlighted by the loss of Luca Mason to Aspley, Liam Molan (suspended) and ruckman Nate Dennis who is injured.

The loss of this trio has left major holes in the Gorillas line-up but a positive is the return of exciting teenager Will Martyn.

It will be a challenge, Grange coach Barry O’Brien said, but the occasion of the club’s final home game of the season presents a chance of some passionate support from over the fence.

“We’re playing against the best and it is our last home game of the year,” said O’Brien.

“So we’ll challenge the group and ask them if they are afraid playing against the best.

“Yes, everything has to fit in place but you never know.”

The late call-up of Brandon Batchelor by NEAFL club and an untimely late training mishap to Toara Marango has robbed Sandgate of significant firepower to take on Broadbeach on Saturday.

Batchelor had been included in Sandgate’s starting 22 but was withdrawn when Aspley needed his services.

As a key defender, Marango had been earmarked for the job on big Broadbeach forward Justin Cloke.

That task will now go to Josh Preval, according to coach Jarad Marsh.

The Hawks came up with four changes as they attempt to make amends after their poor showing in the ninth round when they kicked only 1.7 (13) in a clash with the Cats at Subaru Oval.

Broadbeach, who were very impressive in beating Morningside last weekend, have only the two changes with Seb Rogers back from Redland in the NEAFL and a top young talent in Ryan Gilmore set for his debut with the club.

A tallish player, Gilmore hails from Hermit Park in Townsville and has been playing NEAFL with the Gold Coast SUNS this year.

“He can play key back or key forward,” said Broadbeach coach Beau Zorko of his latest recruit.

This is a game Broadbeach should win – that is if their form holds – as they battle with Surfers and Morningside for positions two and three for the finals.

“There are lots of possibilities at the moment and depending on results we can finish anywhere from second to fourth,” said Zorko.

“But regardless of what happens we need to go into the finals in form.”

The Cats have a bye next weekend, then complete the home and away series at home against Palm Beach Currumbin.