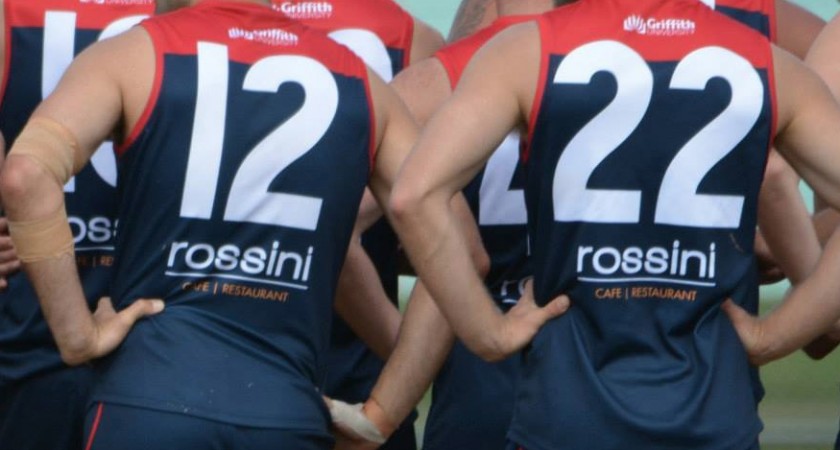 Seven goals while rotating through the midfield, that’s some return from Harrison Fraser, the round 17 Rising Star.

The 19-year-old young gun played a huge role in Surfers Paradise’s win over Sandgate on Saturday.

Fraser said it was nice to find some form in front of the sticks.

“It was good. I had been missing a few goals with Southport in the NEAFL so it was really good to go back and get some confidence,” Fraser said.

He was very hesitant to take the credit, putting it back on the work done up the ground.

“The delivery was excellent, I was getting hit lace out all day,” he said.

Fraser and Pope, who were swapping directly with each other, kicked nine between them. That’s a better one two combination than Floyd Mayweather.

“Up forward probably suited me on the day a lot more, and Pope had a lot more dominance in the middle, so it worked both ways but it was good to get plenty of game time and find the footy,” he said.

Fraser, who has played six QAFL games and 11 NEAFL games this year, like most young kids, is looking for a slightly more consistent output.

“It’s been a bit up and down in patches this year. I’ve been trying to find some consistency at Southport, which is tough, but I’ve had a couple of good games up there,” he said.

“Unfortunately I got dropped, which happens, but I’m starting to come back into some form with Surfers now, which is good.”

That rotation role, where he can explore a few different positions, is where he believes he plays his best footy.

“I like playing everywhere, but up forward and in the midfield tend to be where I play my best football I think,” Fraser said.

While the year has been a bit hot a cold for the Demons, which is expected with such a young list, Fraser believes the future is very bright.

“Absolutely we are heading in the right direction, we have got a great group of kids around my age and a bit younger, so hopefully we can stay together and keep progressing, improving, and be a force to be reckoned with in the years to come,” he said.

He is not getting too caught up with what the future may hold personally though, prepared to take it as it comes.

“It’s about enjoying my footy, just having fun with it. In the end, it’s just a game so you just have to enjoy it,” Fraser said.

“I’ll take some time off when the season finishes, weigh up some options, and go from there, I’m not really looking too far ahead.”

AFLQ Volunteer of the Week: Mark Schreiber
Queensland coaches learn from the masters