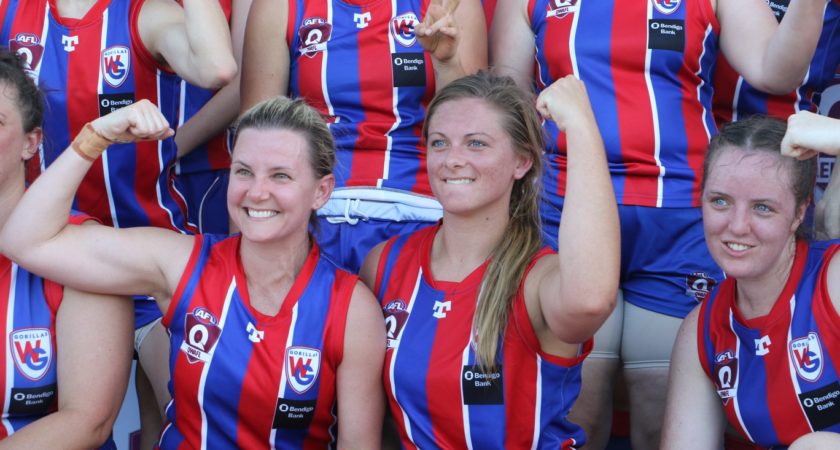 Yeronga will look to reignite their season in Round 11 against Coolangatta, or the Devils risk falling out of finals contention as we enter the second half of the season. The Devils have now lost two games in a row and with the bye round in Round 9, the side have fallen further behind the pack. The side is currently sixth in the Bond University QWAFL standings, however their game against the Bluebirds this weekend looms as a must win challenge for the reigning premiers.

Things appear far more comfortable for the fourth-place Coolangatta who have proven themselves to be a dangerous team this season. A bye last week will leave the side well rested ahead of Round 11 and a clinical 97-point win over Maroochydore in their most recent league game ensures the Bluebirds will enter the contest in ripe form.

Only four Coolangatta and two Yeronga players have been named in the respective Brisbane or Gold Coast Winter Series teams, meaning both team’s QWAFL line-ups boast a wealth of experience. Emily Bates and Maddy Roberts will be sorely missed in the midfield for each side, especially when the pair likely would have lined up on one another at the first bounce. Instead, Lauren Turney – who has been named in Coolangatta’s bests in four of her six games this season – and Devils midfielder Kaitlyn Cantrell, who boasts over 60 games of competition experience, to get the job done for their teams.

Coorparoo will look to once again strengthen their stronghold on a top-two position within the QWAFL standings as the Kings face Maroochydore side who are still searching for their first win in eight games. The Roos, despite their run of form, have been ultra-competitive of late, with their last three games being decided by an average of 11 points.

Coorparoo too have been enjoying a strong handful of weeks, returning to their winning ways over archrivals Yeronga in Round 10. The Kings have now tasted victory in four of their last five rounds with their only loss coming at the hands of Wilston Grange a fortnight ago.

The Kings will need to handle the loss of several experienced players who will miss the contest with representative honours. But Coorparoo’s spine still boasts incredible levels of QWAFL experience. The defensive pairing of Ariana Reilly and Cleo Davis have over 130 games of QWAFL games between them, and prove to be a challenging road block for Maroochydore inside fifty.

A Wilston Grange outfit fresh off the bye last weekend, will be looking to extend their unbeaten run to nine games – the equal third most in competition history. Their opponents, the Red Lions, enter the contest in a rich vein of form having won their last two contests in quite convincing fashion.

As has been the case for most games this season Wilston Grange will remain the heavy favourites, not only through their scintillating form, but also given the repercussions of the Winter Series’ second round of fixtures this weekend.

The Winter Series’ biggest impact across the whole weekend of QWAFL matchups comes in relation to team selection, and the University of Queensland are among the teams who have suffered the most as a result. 11 players from the Red Lions’ Round 10 triumph over Bond University will be missing in action due to selection in the Winter Series side, including five of the side’s best players from the win.

Given the loss of key players for both sides, it will be up to the remaining core of players to step up. Red Lions duo Jane Childes and Kate McCarthy will be pivotal to UQ’s chances of inflicting the Gorillas’ first loss of the season. Equally important will be the performances of Michaele Campbell inside 50 for Wilston Grange, along with Amy Kelly through midfield.