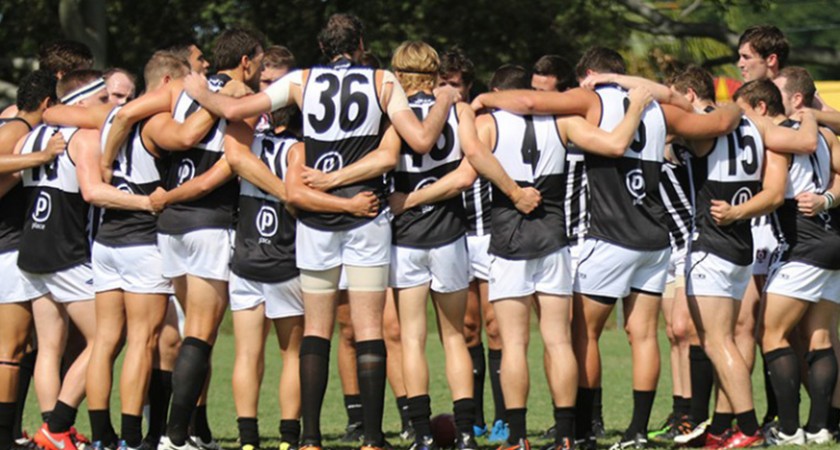 Western Magpies tall target and Brisbane Lions under 19 academy prospect Charlie Pershouse has been named the round one rising star, for his performance against Mt Gravatt on Saturday.

The key forward was crucial early on in the game, leading hard to provide a forward option for the Pies and dominating in the air.

“It wasn’t just me it was everyone else, from the backline to the midfielders, we just all sort of stepped up and I was just lucky to get on the end of it,” said Pershouse.

Charlie is coming of a solid preseason and is benefiting from some extra work on goal kicking outside of regular training hours. The practice showed during the game, when the big forward converted a set shot from outside 50 near the boundary.

“I’ve got to kick those often,” said Pershouse with a laugh.

“I’ve had a long pre-season with the Lions academy and I’m just feeling really fit at the moment, so it’s been good.”

Pershouse played junior football at the Magpies and is now at the beginning of his second season in the senior side.

“We’ve had a strong group for quite a while in the juniors and a couple of the boys have just followed on from there,” said Pershouse.

New coach Brydan Morgan has also had an impact and the playing group has been responsive to his coaching style.

“He’s really down to earth and he just understands what everyone wants to do,” said Pershouse.

The promising youngster is a Brisbane Lions under 19 academy development player, so may get an opportunity to play in the NEAFL at some stage through the year, if there are any injuries in the Lions squad.