ROOS IN FOR HARD DAY AT THE OFFICE 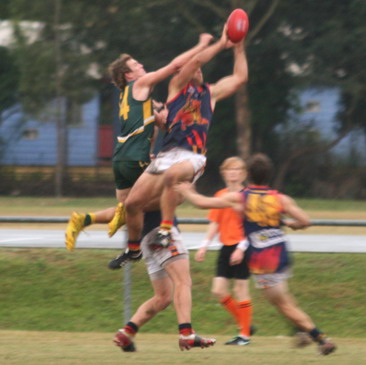 NOOSA are confident of having a full playing list available heading in the ruin to the finals.

After they take on Maroochy-Northshore in the Sunshine Coast derby at Weyba Road, the Tigers have a bye before settling into the big end-of-season campaign that will hopefully net them a second successive premiership.
For the clash with Maroochy, the Tigers get back on-baller Owen Bailey, centre half-forward Adam Eady and wing/half-forward Sam Fary.
That leaves only a handful of senior regulars to fit back into the side, which coach Wayne Fletcher hopes will happen in round 16, when the Tigers travel to Sandgate.
Noosa have lost Dayne Frew (minor knee strain) and Jack Hendrie and Harrison Opie are back to the seconds.
“If we get through tomorrow unscathed we’d have a full list after the bye when we play Sandgate,” said Fletcher.
Having taken over second spot on the ladder, level with Wilston-Grange and Western Magpies on 36 points, the Tigers should not slip up against Maroochy, who were beaten by Springwood at home last weekend.
Maroochy coach Roger Delaney said training had been good this week in the aftermath of the disappointing performance against Springwood.
He is hopeful the challenge o a derby against Noosa will bring out the best in his players.
A bonus for the Roos is the return of play-make Kane Tyson and the Roos elevated Damian Chapman and Riley Manfield from the under-18s.
But Maroochy have lost promising forward Dylan Weikhardt, who has work commitments this weekend.