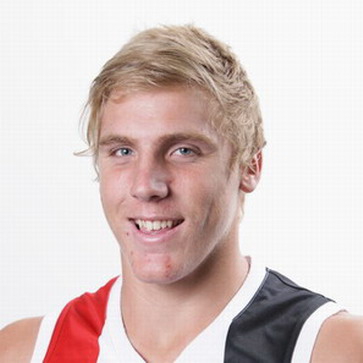 Selectors have named a revised Australia Post Queensland U18 side to travel to Melbourne later this week for the last two games of the NAB Australian U18 Championships.

Captain Joel Wilkinson is in doubt for the Australia Post Queensland U18 Scorpions two-match trip to Melbourne to round out the NAB Australian U18 Championships.

Wilkinson, who suffered a collarbone injury just before halftime in Saturday’s 74-point loss to the NSW/ACT Rams at Coorparoo, has been listed today as “to be considered if fit”.

Fearing the worst, the selectors left Wilkinson out of a 25-man squad to travel to Melbourne to play Victorian Country at Visy Park next Saturday (26 June) and the Northern Territory at Etihad Stadium on Wednesday week (30 June).

Still looking for their first win over the championships after a narrow loss to Tasmania and consecutive hidings from Western Australia and NSW/ACT, the selectors went outside the training squad to pick a new-look travel party.

Seven players who have not been part of the championship series were included, along with Tom Hickey and Tom Fields, who played in the first two games before sitting out yesterday’s game against NSW/ACT.

The newcomers include five players with significant senior QAFL experience:-

Tom Bell (pictured) – Morningside key defender who was a standout for the Queensland U21 side against the VAFA U21s last weekend. He will be the first player since AFL pair Brad Moran and Scott Harding in 2004 to represent Queensland at U18 and U21 level in the same year.

James Nelis – Aspley utility player who was a member of the Gold Coast TAC Cup squad last year and has played every game this season with the Aspley seniors.

Lewis Moss – A 2009 AIS/AFL Academy squad member who is in the Gold Coast squad this year and has played in the VFL and with QAFL State League club Broadbeach.

Peter Labi – A PNG product who was a member of the Mt.Gravatt QAFL grand final side last year and, as a international scholarship holder with Carlton this year, has played with the Northern Bullants at senior and reserves lever in the VFL.

Conrad Hudghton – Younger brother of ex-StKilda star Max Hudghton, he was a member of the Scorpions squad early in the campaign and has played regularly at senior QAFL level with the Western Magpies after starting the season as a Brisbane Lions Reserves top-up player.

Also in the 25-man travel party are two 17-year-olds – Southport wingman Wyatt Bacon, who has been a member of the Scorpions training squad throughout the year, and Aspley defender/on-ballers Jack James, who had a taste of QAFL senior football as a Lions top-up player.

All 25 players are to attend training Monday and Wednesday at Coorparoo at 5pm.

Omitted from the side that played NSW/ACT on Saturday were Leon Bolliger-Ha, Josh Bruekers, Daniel Mowat, Zaine Pringle and Regan Salter, plus the injured Wilkinson.