Reds to swap competitions in 2016 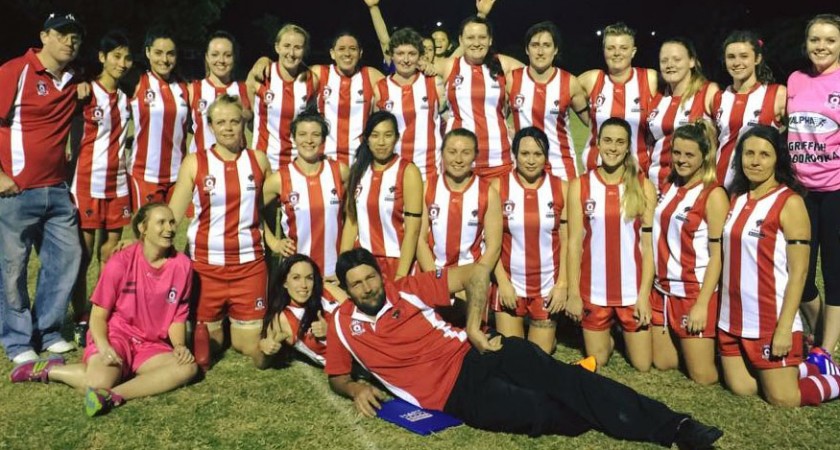 Griffith Moorooka FC today announced plans to transition its women’s team from the QWAFL to QWAFA competition in 2016.

Club President Sean Webb said the decision to move into the development focused QWAFA was driven by the playing group and fully supported by the club and AFL Queensland.

It’s been a tough season for the Reds, who have struggled with numbers and experience after losing a large group of players at the end of 2014.

Webb said the loss made it difficult to sustain a competitive level in a QWAFL competition that continues to increase in standard.

In a positive for the club, Coach Glenn Hodgetts, who has worked tirelessly with the group all year, has committed to coaching on in 2016.

“The club flagged the situation with us six weeks ago and have been very open and honest in discussing their future,” said Millar.

“AFL Queensland is 100% behind the move and will work with the club to make the transition as easy as possible.”

“Griffith Moorooka is an important part of female football in South East Queensland and we believe they will be very competitive in the QWAFA competition.

“Female football continues to grow at a rapid rate and we have no doubt that the Reds will bounce back from what has been a really difficult year.”