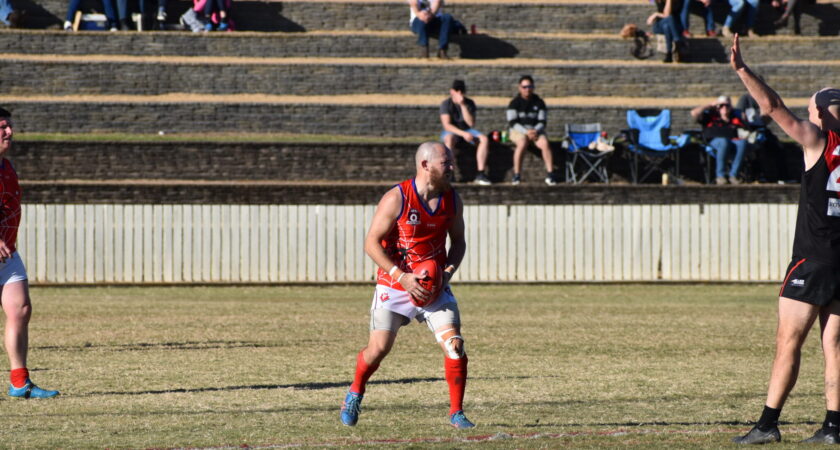 Warwick have appointed one of their favourite sons to steer the ship in 2021, with Tyhe Clarkson being appointed to the Redbacks Senior Coaching role for the upcoming season.

Clarkson is one of the most experienced players in the region, with 125 games for the Reddies and over 200 senior matches in the region which includes representative fixtures for Toowoomba City, Darling Downs and also South Queensland.

Clarkson was also the League’s Best and Fairest in 2016,  taking out the Holman Medal and has a accumulated a number of club best and fairest trophies as well with his playing resume seeing him well placed to lead the side into 2021.

“I’ve had a few players approach me and ask if I was interested. I had a bit of a think about the style I would like us to play as a team in 2021 and beyond and thought that I would be able to help us to reach a new level by taking up the coaching role” said Clarkson after a few years helping in the background in assistant roles with the side.

“I would like to have more commitment from the boys, we really struggled to get consistent numbers to training during the season post COVID”

“My main goal is to strip it back to basics and build the old Redbacks reputation of being a tough club that people don’t want to come out and play against. We’ve had a lot of new players over the past few seasons so building the Redbacks temperament and playing style into those guys will be key” Clarkson said of his goals for 2021.

Balancing a player/coach workload is always challenging, but Clarkson is confident in their approach.

“I have an assistant coach in Tony Chandler who will be assisting game day with the bench and utilising our runner to relay messages etc on match day will be key. We will be doing a lot of planning pre game so we can have different strategies ready to go for our opposition”

Clarkson said he is “interested to see how the teams lineup once footy is back up and running properly” and predicts that it will be another “tight competition in 2021” on the back of a highly competitive 2020 Allied’s Cup.

With training starting back this week, the Redbacks with have a strong focus on fitness, and the club is welcoming anyone wishing to come for a run to join the group on Tuesday’s and Thursday’s from 6pm at the WCU Oval.