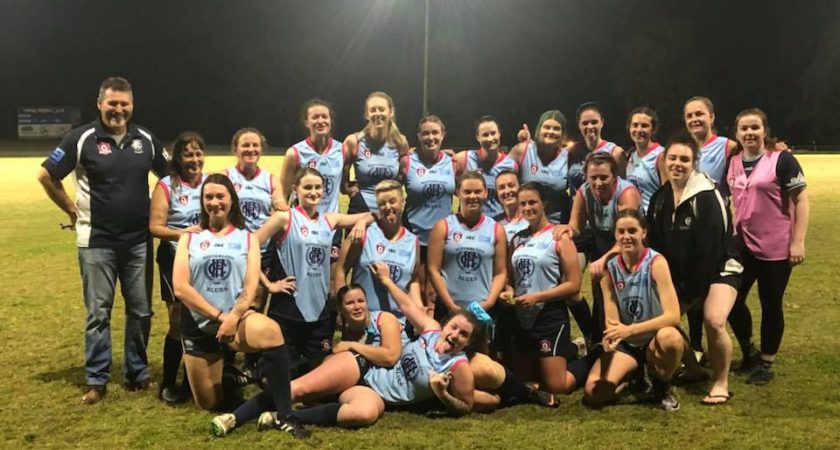 After Aspley punched their ticket to the Grand Final last week, the double chance led Coorparoo to an inform Burleigh side desperate to continue their streak of underdog wins now three weeks into the postseason.

The matchup of course is a preliminary final decider, with the final spot in next week’s Grand Final up for grabs for the winning side on Saturday.

The Bombers have already claimed scalps over Broadbeach and Moreton Bay in their finals campaign, despite finishing below both on the ladder at the end of the season. A win over Coorparoo this weekend would be their biggest.

For the Kings, the game represents an opportunity to respond after their first lost in four weeks against the Hornets in the qualifying final, but their form this season against the Bombers suggests they should be ready.

Coorparoo took the four points in their Round 2 encounter – the only meeting of the two sides in 2018 – winning by 23 points.

The win came via a four-goal second quarter for the home-side Kings which saw Meg Pullinger finish with four majors for the game.

Pullinger, who has kicked 40 goals this season, will again line up inside 50 for Coorparoo in a strong forward line that also features Kaitlyn Day and Abby Reynolds.

Morningside’s shock loss at home to Robina in the first week of finals could be the added motivation the club needs against cross-town rivals Mt Gravatt in their preliminary final showdown.

Robina came from the clouds to stun the competition a week ago, producing a goal scoring blitz in the final term to advance to the Grand Final and inflict Morningside’s second loss of the season.

The Panthers have been the benchmark of the competition all year but now face a cross roads moment against the Vultures who too will be eager for revenge after going to the East Brisbane club in the final round of the season.

Their Round 14 matchup – a 38-point win to the Panthers – was their second encounter of the season alongside a similar 38-point win back in Round 5.

Natalee Black was a difference maker for the Panthers across the two contests with the Vultures and her form in those two games suggest she’ll play a similarly significant role again this weekend.

Black has kicked five goals on the Vultures to far this year – 41% of her total goals tally for the season – and was also named best on ground in their Round 14 showdown.

As Robina waits to see who their opponent in the Grand Final will be next week, both Morningside and Mt Gravatt will be eager to advance once again in both side’s first season for a long time with a women’s team.

A date with Jindalee at Leyshon Park, Yeronga, next Sunday awaits either of Hinterland or Sandgate following their Division 2 North showdown in Brisbane’s North this Saturday.

The only prerequisite for the potential matchup with the Jaguars in a week’s time is of course a win, and it appears either side could be in with a definite chance.

Hinterland edged ahead of Sandgate in the ladder at the conclusion of the regular season, finishing second ahead of the Hawks’ third place, winning two more games throughout the year.

But while the Blues finished higher in the standings, the matchups between both sides this season paint a far more even picture.

In Round 10, it was Sandgate who claimed the four points with a convincing 32-point win over the Blues at Lemke Road.

Their Round 1 contest however, saw Hinterland take the win by 21-points in a contest where the Hawks were unable to register a major after the first change.

Hinterland’s Alesha Thorne possesses the ability to turn the game this weekend after finishing the regular season as the competition’s leading goal kicker with 31 majors.

Thorne has kicked three goals against the Hawks this year while Sandgate spearhead Melissa McPhee also enter the preliminary final contest in a rich vein of form.

McPhee booted four goals in the two side’s most recent clash and has kicked two goals in each of the Hawks’ two games.