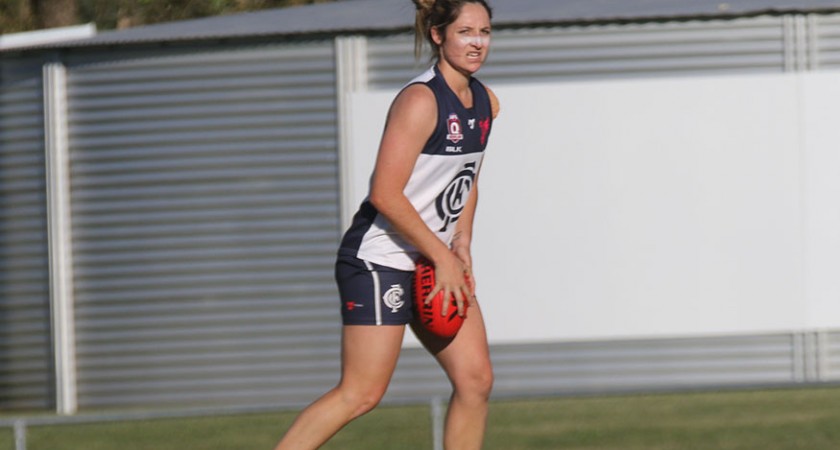 It’s been 145 days, 50 matches and 16 rounds since the 2016 QWAFL competition kicked off, and for Coolangatta and Yeronga, one final clash waits.

Catch the live blog via aflq-new.fspdev.com from 5:15pm

We couldn’t have a better matchup in the 2016 QWAFL Grand Final than Coolangatta (1) vs. Yeronga (2).

They have been the sides to beat all year with only percentage separating them; 14 wins, two losses apiece.

The Bluebirds stormed into their second consecutive Grand Final with 36 point win over Zillmere in wet conditions.

The minor premiers have been the front runners all season; winning their first six matches in a row and defeating every team in the QWAFL in the process. Their two losses were by a mere two points.

Coach Aaron Russell has definitely worked some magic at the helm of Coolangatta. He transformed recruit Selina Goodman from a ruck to a winger/rover in her first season, earning her 14 votes in the QWAFL Best and Fairest.

Twenty-fifteen preliminary finalists Yeronga started the season as favourite, thanks to the addition of big names like Kate McCarthy, Sam Virgo and Jenna Vandyk.

They started off strongly with consecutive 100-point wins. They were consistent through the middle of the season and only dropped two games to Coolangatta, with both matches extremely close. Their midfield group became unstoppable, with on-baller McCarthy kicking a bag of six at one point.

Towards the end of the home-and-away season the Devils lost some concentration and struggled to play out four full quarters. They found their groove heading into finals, notching up a season-high 144 point win, with forward Jade Ransfield kicking a massive 12 goals.

Last week was their most difficult, yet gutsy wins of 2016. They were down for 80% of the game, and were behind in the last quarter when their captain Emily Bates kicked a clutch goal within the last two minutes, sending them into tomorrow’s big dance. It was experience and determination that got them over the line, something they will need to rely on tomorrow.

Cooly’s Kalinda Howarth has kicked six goals across the three games, the most for either side. Noticeably, Arianna Clarke and Hannah Sexton were both named in Coolangatta’s best six in every encounter.

For Yeronga, various players hit the scoreboard, but Demi Leach was their best target up forward against Coolangatta, kicking a few crucial goals. Captain, Emily Bates and young gun, Courteney Bromage were both named in their sides best six for the three matches.

Kaslar is tough, physical and committed. She’s spent the majority of her season playing in the ruck; dominating hit outs.  She’s a brick wall, keeping the ball out of the attacking 50 and a composed kick-starter to get out of defence.

Sam Virgo. Named co-captain in her first season with the Devils shows just how important she’s been.

She’s an absolute workhorse who’s taken her game to another level this year. She’s experienced, classy, gutsy and plays a critical role as a defending midfielder.

How they can win it:

Be clean with the footy in hand. It’s something they’ve wanted to perfect all season. Clean, quick ball movement will give them the best chance.

Run and deliver clean entries. The Devils have become the quickest team in the comp thanks to the additions of Kate McCarthy and Queensland school sprinter, Courteney Bromage.Their speed through the middle of the ground makes them hard to stop and could be their biggest asset.

How they can lose it:

Lapse in concentration. Mental preparation is key. They got off to a great start against Zillmere last week, but let the Eagles back into the game in the second and third terms.

Not play four full quarters. The Devils have played two different halves of football in their last few matches of the regular season. They got off to a good start, but struggled to maintain energy for the entire match. Everyone knows the third quarter of a game can win you a premiership, so if the Devils can raise the bar in the third and even forth it will go a long way to winning on Saturday.

Home ground. The Devils love playing at the fortress, otherwise known as Leyshon Park, Yeronga. The big open ground suits their style of play and warming up in their own change rooms will help them settle into the match.

There is in no way a clear favourite for this match, it legitimately could be anyone’s game. It’s one of the hardest decisions, it’s going to be a nail biter, but I’m picking Coolangatta to win this one. The minor premiers will kick the winning goal within the last two minutes of the game or after the siren has gone.

“I definitely think playing in the Grand Final last year is going to help us going into Saturday.”

“Where she (Arianna Clarke) plays on Saturday is still yet to be decided but obviously when she goes down back she definitely steadies the ship, she’s very good one on one and can play on a dangerous player down back.”

“Our forward play is definitely something that we’ve worked hard at, especially this second half of the year. Not only trying to get the right mix, but how the footy enters there is going to give us an advantage.”

“Let’s just have a great day out, it should be good.”

“I think it’s (midfield) going to be the epicenter for all the action on Saturday, [they have a] formidable group and we like to think ours midfielders are also up there with the best in the competition so I think it’s going to play a key part in who wins the game.”

“We’re really excited about the opportunity that lies ahead, Coolangatta have proven themselves to be the best sides all year, they’ve maintained their position on top of the ladder for the majority of the year.”

“Tuesday night the girls were all jumping out of their skins and were very excited about the opportunity of taking on Coolangatta and pumping out a good solid four quarter performance and hopefully being in front of the scoreboard at the end of the day.” 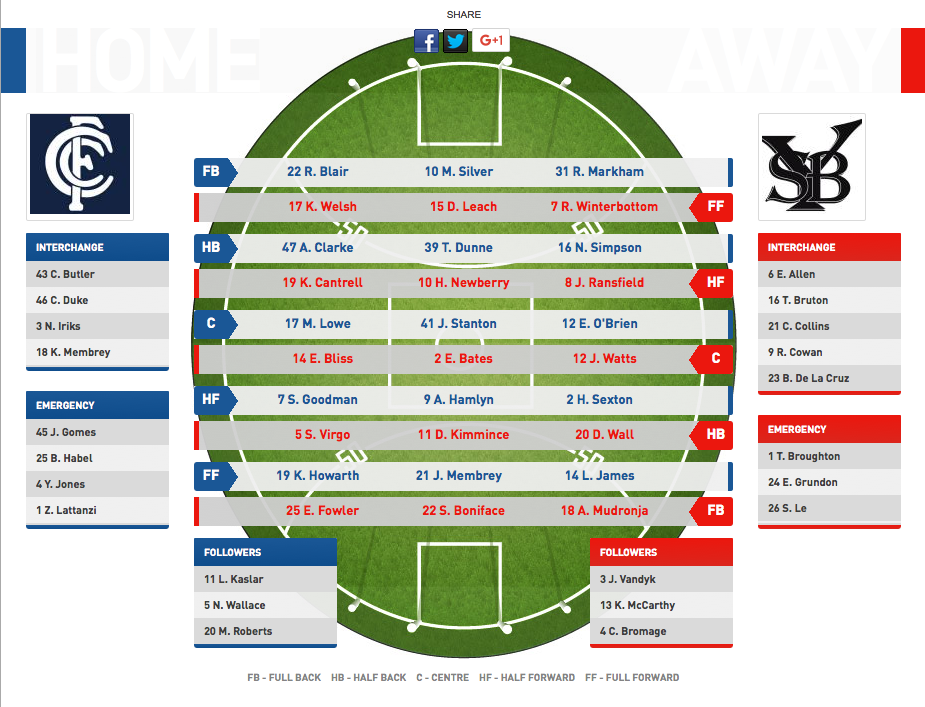