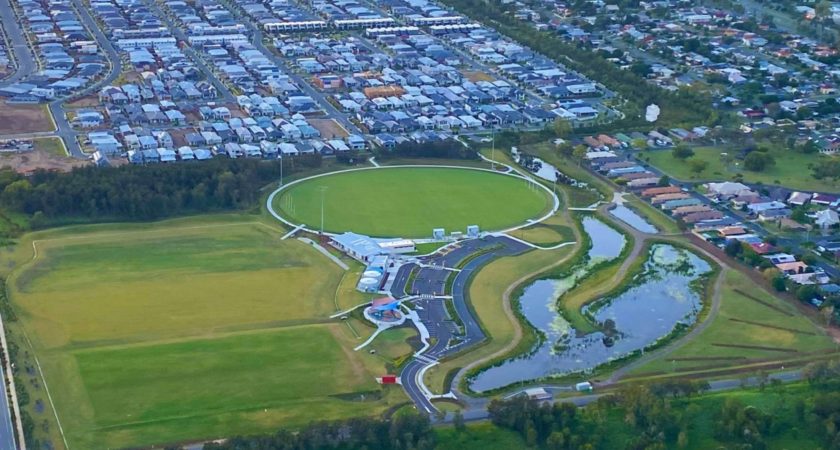 AFL in Queensland continues to go from strength to strength, with the opening of another world-class community sports facility.

Home of the mighty Redcliffe Tigers, the $18.8 million Nathan Road Sports Ground officially opened on Saturday 25 July to a fanfare.

AFL Queensland proudly contributed $100,000 to the major development by Moreton Bay Regional Council, demonstrating its commitment to a key hub of AFL participation in the state.

The Moreton Bay region is home to a rapidly growing participation base, with over 38,000 AFL participants in 2019 with 47% of participants women and girls, higher than the state average of 42%.

AFL Queensland CEO Dean Warren, joined in the opening festivities and is delighted to see another outstanding facility in Queensland.

“AFL Queensland is very proud of the partnership we have with Moreton Bay Regional Council. They are an incredibly progressive and valued partner of AFL in Queensland and contributor to sports clubs in the region. We are delighted to see the Redcliffe Tigers reap the rewards of such an incredible facility,” said Warren.

The Redcliffe Tigers have over 500 members across junior, senior and Auskick ranks, a testament to the growing appeal of AFL across Queensland. In Brisbane North alone, AFL’s participation has increased by 128% over the past five years. Clubs in this region have grown by 26% and the most exciting statistic is the growth of the women’s game, with an astonishing 439% increase in female participation over this same period.

Mayor Peter Flannery said at the launch on Saturday that this facility will become the home of Aussie Rules Football on the Redcliffe Peninsula for decades to come.

“It’s great to see the mighty yellow and black of the Redcliffe Tigers back in action, because it has been a long road to get here,” he said.

“Council spent five years of hard work delivering something that will truly be the envy of all other clubs in the Queensland Australian Football League.

“Thanks to Council’s forward-thinking investments not only are we are well ahead of the demand from growing participation rates of local clubs, we’re also in a box seat to help the professional leagues coming to Queensland.”

AFL in Queensland has never seen a more exciting phase. With all of the elite teams relocating to Queensland to continue the 2020 season, Queensland is the new home of AFL for the second half of this year.

Participation figures across the junior ranks in Queensland have now exceeded 2019 figures, an incredible credit to the club volunteers and officials who have worked tirelessly to get AFL back on the field in 2020.