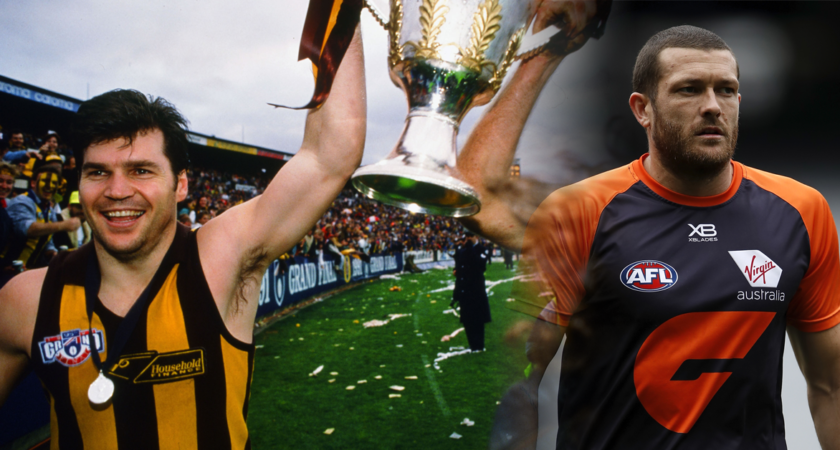 Sam Reid is set become the 25th Queenslander to play in an AFL Grand Final on Saturday.

It is a who’s who of Queensland football, headed by Hawthorn legend Jason Dunstall, a five-time grand final player, and the Brisbane quartet of Michael Voss, Jason Akermanis, Mal Michael and Clark Keating, plus Hawthorn forward David Hale, who each played in four grand finals.

For Reid and Keeffe, all will hinge on the final GWS GIANTS’ selection tomorrow for the premiership decider against Richmond at the MCG.

Reid, who has played every game this season, is a lock. Keeffe, superb in the preliminary final last week as a late inclusion, is on the cusp as the GIANTS weigh up the fitness of captain Phil Davis, Lachy Whitfield and Stephen Coniglio.

Reid will be the second oldest first-time Queenslander to play in a Grand Final, and Keeffe, if he plays will be next on the same list.

Marcus Ashcroft, the veteran Gold Coaster who played with Brisbane in the 2001-02-03 premiership hat-trick, was the oldest at 30 years 4 days in 2001.

Hale’s 173-game wait for a grand final appearance is the fourth longest among Queenslanders, behind Ashcroft’s 268-game wait to the 2001 decider, Nick Riewoldt’s 182-game wait to St.Kilda’s 2009 grand final, and Voss’ 176-game wait to 2001 with Brisbane.

Reid will play in the grand final after 89 AFL games and Keeffe, if selected, will do so in his 59th game. But never will figure is the least experienced.

That place is football history is clear cut –  Aaron Keating played in the 1997 grand final with Adelaide in just his third game. Brother of Brisbane premiership ace Clark, he  made his debut that year in Round 1 but didn’t play again until the preliminary final. He played only three further games in 1998 for a career total of six.

The full list of Queenslanders to play in an AFL grand final, with each player’s win/loss record, is:-