Queenslanders’ primed ahead of women’s match 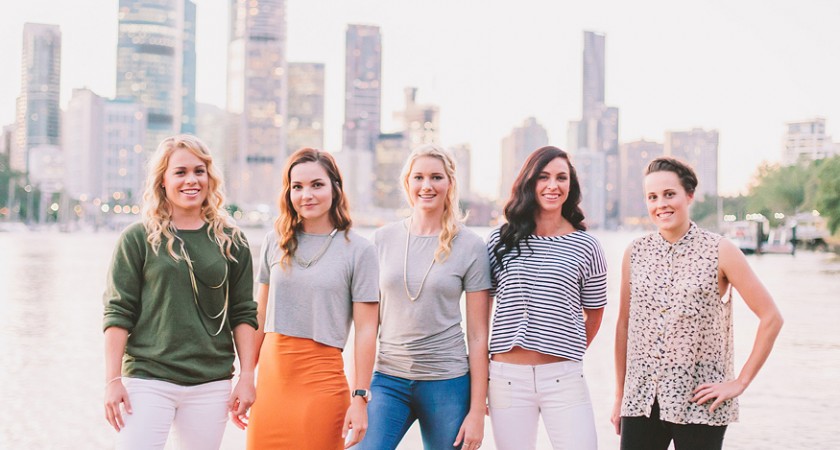 The first of two Women’s AFL exhibition matches between Melbourne and Western Bulldogs will be played this Sunday at the MCG.

The two teams contain women from across the country including five Queenslanders; Emily Bates, Emma Zielke, Leah Kaslar and Jordan Zanchetta playing for the Western Bulldogs and Tayla Harris who was retained by Melbourne.

Both squads will arrive in Melbourne Thursday night before spending much of Friday and Saturday integrating with the men’s teams in the lead up to Sunday’s match.

To assist selection, both Craig and Melbourne coach Michelle Cowan, travelled the country to observe All Star State representative matches.

Looking toward the weekend, Craig said, ‘It is pretty exciting actually, bringing the best girls from all over Australia, they are all pumped about it. It is a great concept and it will get plenty of publicity, an enjoyable experience to be a part of.’

Starcevich said both teams are stacked with quality players.

“Emma Carney who plays for Melbourne Uni in the middle is a very good player for us and along with Daisy Pearce (Melbourne FC Captain) are the two key midfielders from either side,” he said.

“Katie Brennan and Moanna Hope our two key forwards. Katie has been in good form kicking 4 or 5 goals each week in club football, she is good overhead and a really good shot at goal and Moanna is more medium size, crafty around goal and also has the versatility to play tall or short.”

Local sensation Tayla Harris plays for the Zillmere Eagles in the QWAFL competition.

Harris spoke about her emotions leading into the weekend.

“Being the third year, the standard increases

“I’m excited, while still taking it as any other game.”

One highlight from last year’s exhibition match was her leaping mark.

“In club footy, if the ball is in the air I am going to jump,” said Harris.

“I didn’t even think about it, it just happened. I am just glad that it got publicity so people are actually talking about it.”

Harris takes a broader view on what the mark meant to her.

“I am not ‘did you see my mark’, but did you see that women’s footy mark?  It is a good promotional thing (for Women’s football); it’s unusual to see a girl on a poster taking a high mark,” she said.

Tayla wants to be known for more than just the girl who took “that mark” and has set some goals for Sunday’s match.

“I need to pick up my work rate and improve my versatility,” she said.

The match is a curtain raiser for the Melbourne vs Western Bulldogs AFL match and will be streamed live at http://www.afl.com.au/womens from 12:15pm on Sunday.