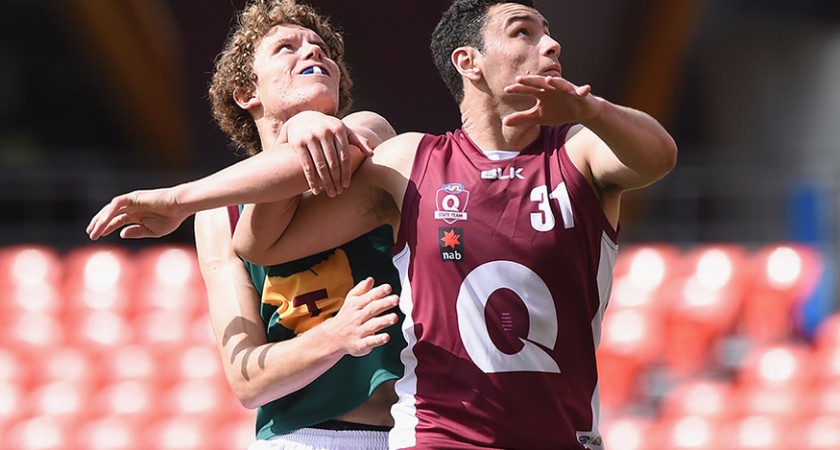 Three young Queenslanders have been selected to take part in a special AFL academy curtain raiser, prior to this Sunday’s Carlton v Essendon showdown at the MCG.

The two teams are named after successful academy products, Jacob Weitering and Joe Daniher, who’ll both be closely watching on Sunday as the academy players take another step toward being drafted.

SUNS ruckman Brayden Crossley will be the other Queenslander to take the field, suiting up for team Daniher. Crossley has been described by Queensland Talent and High Performance Manager Adrian Fletcher as ‘Shane Mumford all over.’

The game is part of a 10 day camp for NAB AFL Academy participants, that gives players a look at what life is like as an AFL footballer. It’s also a celebration of the 20 years of the academy.

After the match on Sunday, an under 18 team will be chosen to play the Northern Blues VFL side at Etihad on the 15th of April.

The NAB AFL Academy is part of the NAB AFL Rising Stars Program, an initiative that helps out football communities by supporting young players with the desire to play AFL.