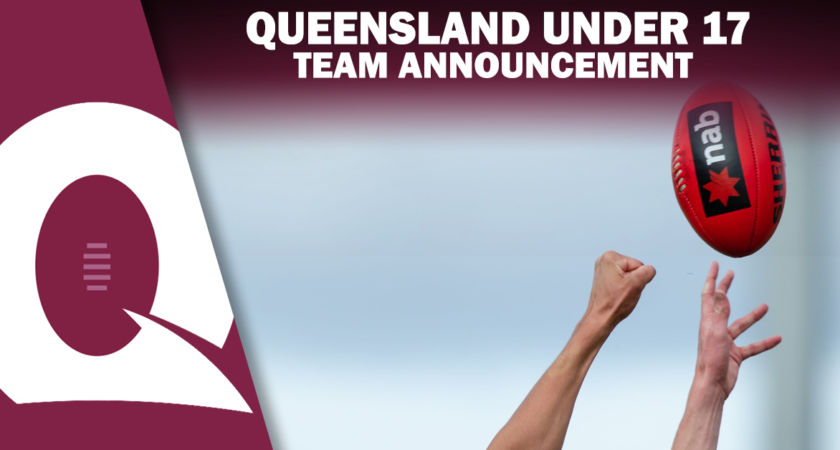 AFL Queensland is pleased to announce the Queensland Under 17 representative team that will face Victoria Metro this weekend.

The Queensland side will round out their three-game Under 17 Futures Championships at Ikon Park this Sunday, August 11.

The side has already played two games in the 2019 Under 17 Futures Championships having previously been defeated by NSW/ACT at Fankhauser Reserve in June.

The Under 17 Futures Championships aim to aid the development of footballers in the talent pathway as they prepare for their Under 18 draft eligible year.

The Under 17 clash with Victoria Metro will not be live-streamed.