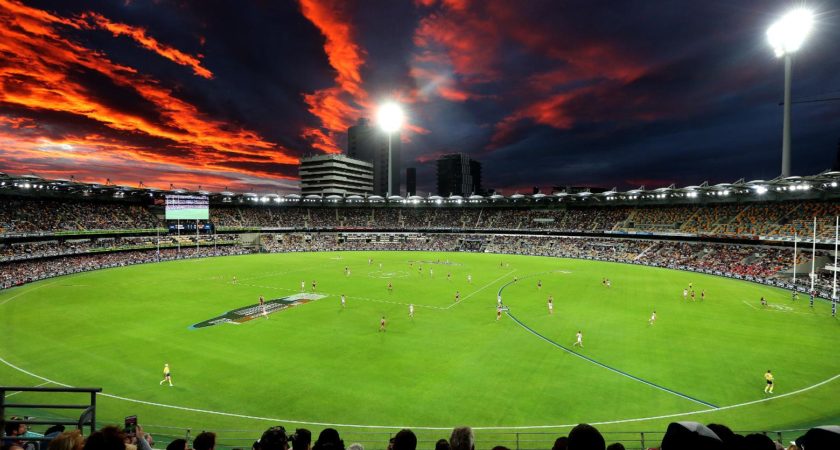 The AFL today has announced that the 2020 Toyota AFL Grand Final will be played in Queensland.

The match will be held at the GABBA on Saturday October 24. It will be a scheduled night game with the start time to be confirmed in the coming weeks.

Under the arrangement and pending health authority approval, the 2020 Toyota AFL Grand Final will be played before a crowd of approximately 30,000.

The AFL Commission ratified a recommendation by the AFL Executive yesterday, Tuesday September 1, and comes with the endorsement of the Victorian State Government, who have a contract to host the event annually until 2057.

Never before has the AFL Grand Final been played outside of Victoria and, as part of the historic decision, Queensland will host a festival of football for the State, from Far North Queensland to the Gold Coast, which will include a Premiership Cup tour across the state.

AFL Chief Executive Gillon McLachlan said Queensland had supported the AFL at a time when it needed it most.

“This has been a season like no other and I want to thank the Queensland community and the Queensland Government led by Premier Annastacia Palaszczuk for their support and for wholeheartedly welcoming our game to the state,” Mr McLachlan said.

“This is an exciting opportunity for our code and we look forward to now working with the Queensland Government to successfully stage the 2020 Toyota AFL Grand Final – the biggest event on the AFL calendar – and share it with the community right across Queensland.

“The Queensland presentation was world class and, while the 2020 Toyota AFL Grand Final will be the centrepiece, an extensive promotional campaign for the sport of Australian

football, including multiple regional locations throughout Queensland, will bring fans closer to footy in the lead-up to the event and provide a lasting legacy.”

The AFL Executive based its recommendation on the following key criteria:

Mr McLachlan thanked all states who presented to the AFL last week.

“I want to thank all those Governments – NSW, Queensland, SA and WA – who formally presented and put together proposals for hosting the event. We thank you and are truly grateful for your support of our game. Both this season and all seasons. The presentations were outstanding, and the decision extraordinarily difficult.”

Mr McLachlan also thanked the Victoria Government for their understanding during what has been a challenging time in the state.

“I want to thank Victorian Premier Daniel Andrews and Sports Minister Martin Pakula for working with us to ensure the 2020 Toyota AFL Grand Final can be played in front of a crowd.

“The COVID pandemic has meant we have had to take the game outside of Melbourne. For this year only before it returns home to the MCG in 2021.”

With the constant changing landscape of the Covid pandemic nationally, the AFL has

also announced today a contingency plan if the health and safety of the Queensland community is compromised and affects the ability of having a crowd at the Grand Final.

Should that occur, the Adelaide Oval in South Australia would be the back-up venue if required.

“I also want to thank our broadcasters, corporate partners, clubs, players and umpires. All have joined us in working together to overcome every challenge to ensure our season has continued.

And I really want to thank those members and supporters who have stuck with the game, who have loyally supported their clubs and embraced the game on television in record numbers.”

“I know a night Grand Final at the Gabba on October 24 will provide a fitting and spectacular end to a season like no other.”

The October 24 date set for the 2020 Toyota AFL Grand Final determines a BYE weekend will be held between Round 18 and the first week of finals.

Further details for the 2020 Toyota AFL Finals Series, including the scheduling policy for the hosting of finals, will be released in the coming days, as will the details of the Brownlow Medal and other events across the Toyota AFL Final’s Series.