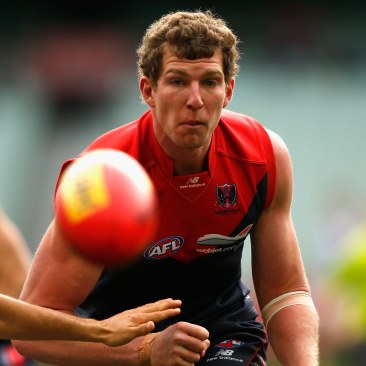 Richmond and Melbourne will both boast a touch of Queensland talent tonight, in their NAB Challenge clash.

For the Tigers, it will be former Mt Gravatt and Carlton player, Shaun Hampson, who is flying the flag for Queensland.

Hampson will be on debut for the Tigers, after being traded from the Blues at the end of the 2013 season, and will be looking to make an immediate impact at his second club.

The ruckman played the first seven matches for the Blues in 2013, and missed the rest of the season partly due to injury and partly due to the improvement of Matthew Kreuzer and Robbie Warnock .

After 63 games over seven years with Carlton, Hampson will be looking for a fresh start and a regular senior spot with the Tigers, and his first opportunity to impress his new coaches is tonight.

Hampson could find himself playing on another Queensland product, in Melbourne’s Jake Spencer.

Originally from Townsville, Spencer was recruited to the Demons from Redland and has played 24 AFL games.

A knee reconstruction in 2011 hindered his footy progress, but he has worked his way back into the side’s calculations since his return.

After playing eight games in 2013, Spencer will be looking to crack a regular spot in the senior team this year, and will be keen to start on the right foot.

Former Mt Gravatt player, Rohan Bail, will also be lining up for the Demons in the match.

Bail is in his sixth AFL season, and is still looking to cement a regular spot after concussions that have interrupted his seasons in recent years.

The 25 year-old is a strong runner and could slot into a half-forward role under new coach Paul Roos.

The match will be the first chance for AFL spectators to see the Demons under Roos, and the first glimpse of a swag of new recruits.

Their new-look midfield – featuring players such as Dom Tyson and Daniel Cross will be looked at closely, and the role that Jack Watts plays in this has intrigued many over the off-season.

Richmond will be without a number of their top flight players, with Jack Riewoldt, Ivan Maric, Dylan Grimes, Daniel Jackson, Jake King and Queenslander, Ricky Petterd, all missing with injuries.

The match kicks off at 6:10pm, Queensland time.