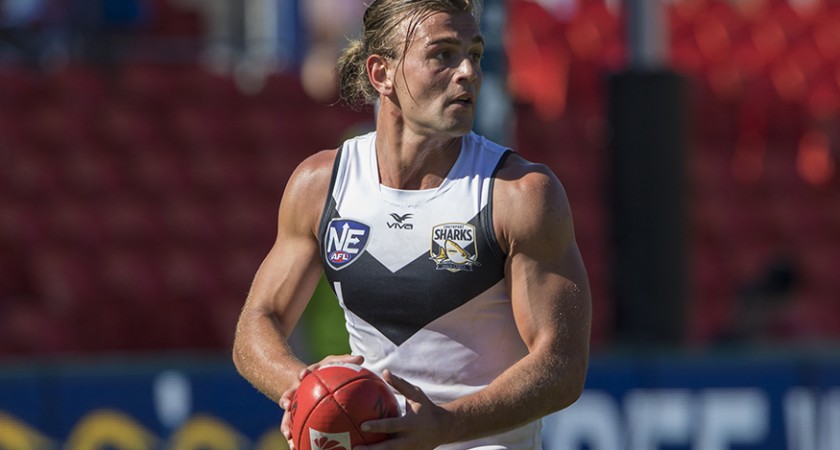 Southport midfielder Jordan Keras won the NEAFL’s MVP award on Sunday night, in an exciting vote count at Sofitel Brisbane Central that went down to the final round. The 23-year-old averaged 35 disposals and 10 clearances over the course of the season for the Sharks and led the competition in Champion Data ranking points.

“It hasn’t really (sunk in). You don’t really know what to expect coming into these counts,” said Keras, speaking after the ceremony.

“I like to think I can have an impact at state league level. But to win the actual award for the league, I never thought I’d be able to do that.”

Exciting Aspley talent and Wilston Grange junior, Oskar Baker, won the goal of the year for a scintillating running goal that started at the half back line. Baker, 19, was recently invited to take part in the Victorian State Combine and has had at least six interviews this year with AFL clubs.

Gavin Grose from the Aspley Football Club was awarded the NEAFL Representative Player of the Year award, for his performance against Tasmania in June.

Congrats to our 2017 #NEAFL Goal of the Year winner, @AspleyFC's Oskar Baker!