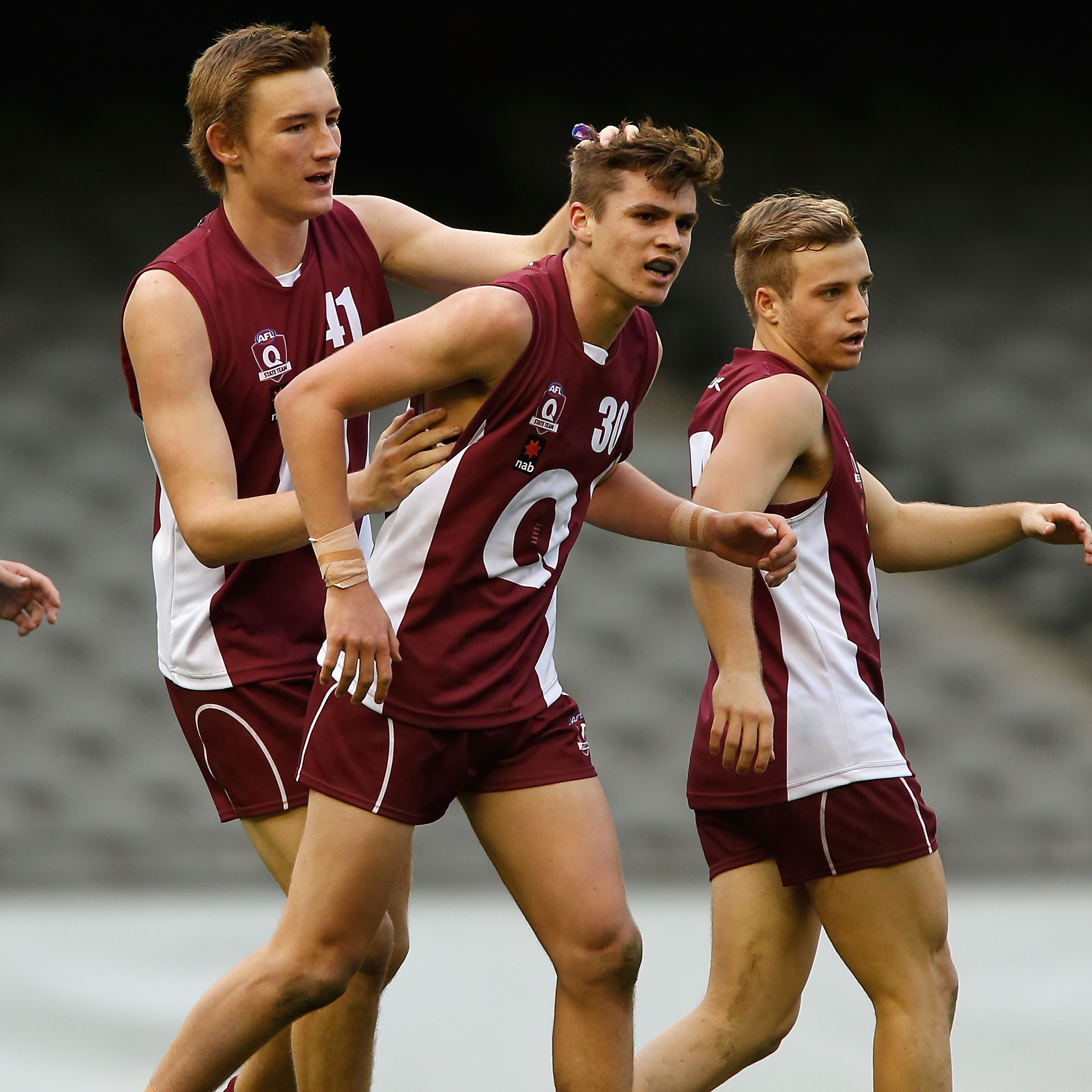 Queensland finished runner-up in Division Two the 2014 NAB AFL U18 National Championships, ending with a 13-point loss to NSW/ACT.

Despite a dominant first quarter, Queensland struggled to convert their chances in front of goal, with a 0.6 return in the first term, trailing by one point.

The Rams took hold after quarter-time, and their sharp shooting gave them some breathing space at Etihad Stadium.

Queensland’s hardness at the ball kept them in the contest, with captain, Darcy Cameron-Reeves (23 disposals), influential as an inside midfielder.

Morningside bottom-ager, Ben Keays, was again in brilliant form, topping it off with the side’s first goal, a brilliant running major in the second quarter.

Keays finished with two goals and 21 touches, putting him well on the radar of recruiters, ahead of his 2015 draft year, along with fellow 17 year-old Liam Moseley, who was solid in the midfield.

Gold Coast’s Lachie Weller provided two moments for the highlights reel, with a super mark in the first quarter and an outstanding goal in the third, showing his class.

Queensland missed the composure of Liam Dawson, who sat out the game after suffering a broken scapula in Rd 2 against the Northern Territory, likely to miss 4-6 weeks.

Trailing by 17 points at the final change, Queensland kicked the first two goals of the fourth quarter, through Harris Andrews and Keays, cutting the equation to two goals as the clock wound down.

Queensland fullback, Nick Jackson, stood up to the Rams’ barrage in the final term, stopping three certain goals in the dying stages of the match.

The Maroons threw numbers back in those final stages, but were unable to take advantage the other way.

NSW/ACT’s Isaac Heeney (21 touches) claimed the Harrison Medal, as the best player in Division Two, after the match.

The Sydney Swans Academy member showed his star power on the day, in a best on ground performance.