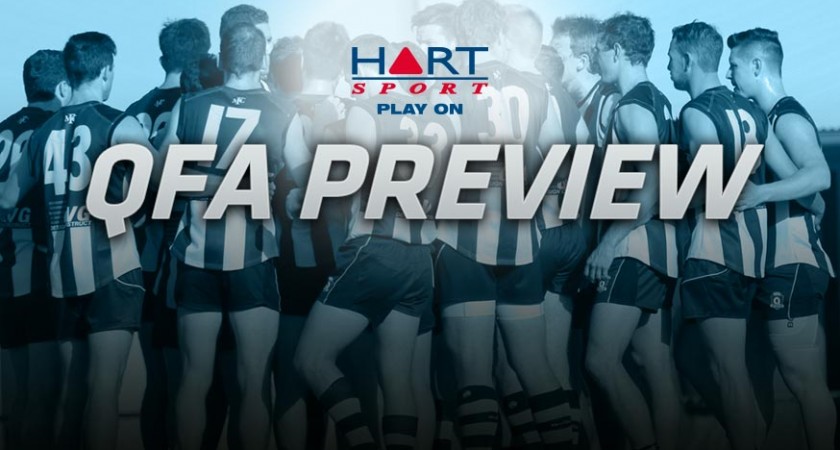 I didn’t think I would be writing about these two teams on the rebound this week, but here we are.

Both of these clubs were on the wrong end of an upset last start, when the Roos went down to Mayne, and Noosa fell just short of Aspley, proving that the North competition is as wide open as ever.

But now, after a week to kick the feet up, the attention turns to this huge clash.

Dzufer is the man for Maroochydore I’m putting the spotlight on. He’s a star, we all know what he is capable of, so he needs to bring the rest of the group with him.

For Noosa, it’s the man with all the responsibility, the playing coach Sam Faure.

He’s as dangerous as they come up forward, but it’s also going to take his best coaching performance to get his lads over the line.

Both teams must kick straight as well, if the behinds tally is higher than the goals, like they were last week, they will struggle to pinch the four points.

Could it be a grand final preview?

After the heavens opened up, and people picked up their life jackets rather than their footy boots, all the QFA South games were called postponed last weekend.

That means these boys are champing at the bit to get out there and get stuck in, it’s been two weeks coming.

Coorparoo will be the team to beat in this one. They only have the one blemish next to their name in 2016, and got the job done against Bond last start comfortably.

But Burleigh became the giant killers last game when they knocked off the previously undefeated Yeronga, and they would love to make it two scalps in as many games.

Powell won a stack of it, and will look to continue his good form for the Bombers; he will be the go to man up forward.

For the Kings, Mitch Enright and Chris Cant will be working together closely up forward, and Fitzgerald will be important in the middle.