QFA heats up with two top of the table clashes 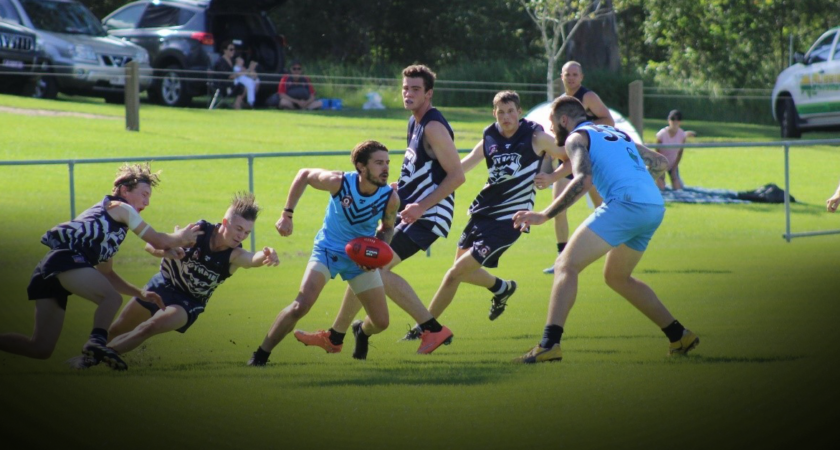 QFA Division 2 side Kenmore will host Coolangatta Tweed with the victor taking the outright lead for the competition.  Both sides are coming into this match undefeated with impressive wins already in the 2019 season.

It will be a tough game for Coolangatta who must trek up the M1 to tackle an inform Bears outfit who last week won a hard-fought match against the pre-season Alpha Sport champions Bond University on the Gold Cost.

Kenmore have posted some strong results this year already, with a convincing 94-point win over Coomera in Round 4, and a tight two-point victory over Robina in Round 3.

Coolangatta are also coming into this match off the back of some stellar performances with a 74-point win over Alexandra Hills in Round 3, and close 15-point win over Beenleigh last weekend.

This game is building to the the battle of the Div. 2 titans and will set the scene for the rest of the season to come.

In Division 3 this weekend, two undefeated sides will also go head to head with Wynnum Vikings AFC hosting the Ipswich Eagles AFC to decide who will take top spot after 4 rounds of competition.

Wynnum look to be the form side for the start of the season, with massive wins in the first three rounds of 85, 121 and 105 points, and only conceding a total of 105 points showing that they are strong in front of goal at both ends of the field.

Ipswich have shown they are certainly up for the challenge with wins of 72, 53 and 91 for their first three matches.

The Eagles have been one of the form sides over the last few years, missing out on the Premiership title in 2018 to Carrara.  Their trip out to the bay-side this weekend will be a good test to see where they are positioned against another strong team.

Wynnum may have their hands full in defence however, as Ipswich forward Henry Armour has bagged 17 goals in his first 3 games to start the season.