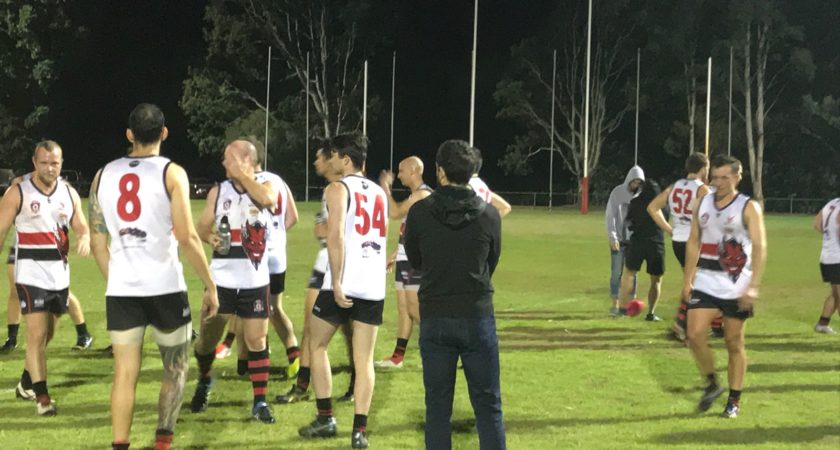 Yeronga have the opportunity to complete their remarkable Cinderella story in the QFA Division 5 competition with just one win separating the southside club and Premiership glory.

The Devils began the season with just three wins from their opening eight games. Even qualifying for the finals seemed like a pipe dream. A bye in Round 9 gave the side a chance to regroup and it paid immediate dividends as they went on to win nine games in a row to round out their home and away season fourth on the ladder.

In the finals, Yeronga have recorded upset wins over both third seed Jindalee and Minor Premiers Bribie Island to qualify for the Grand Final, but now face one big challenge if they’re to claim the spoils.

Between Yeronga and a breakthrough Premiership are another team on the verge or history.

In just their first year in the Division 5 level, Aspley have compiled a strong season and hold a distinct advantage over the Devils this year. The Hornets have won out in both games between the two sides this season and boast a wealth of experience in their ranks.

Michael Hutchinson played over 100 games at NEAFL level for the brown and gold and holds down a key pillar inside 50 for the Hornets alongside Matt Argus, who featured 70 times for Aspley in the NEAFL. The experienced pair join Steve Jackson, who has kicked 19 goals this season, and has been among the side’s most consistent players.

While Aspley may have the edge down forward, Yeronga could win the crucial midfield battle on the back of veteran Wade Hurst. Hurst’s contested ball winning ability makes him unrivalled through the midfield and with Matthew Johnson on the outside, the Devil’s midfield looms as perhaps their most damaging facet on the ground.

Yeronga will also benefited from the return of Mitchell Ogle in their Preliminary Final win over Bribie Island. He has booted 18 goals this Season and has been named in the side’s best players a team-high ten times.

Either way, the QFA Division 5 Grand Final shapes up to be a highly anticipated matchup at community football level.

Will Yeronga’s fairy tale season end on a high or will Aspley etch themselves in history with a maiden Premiership win?