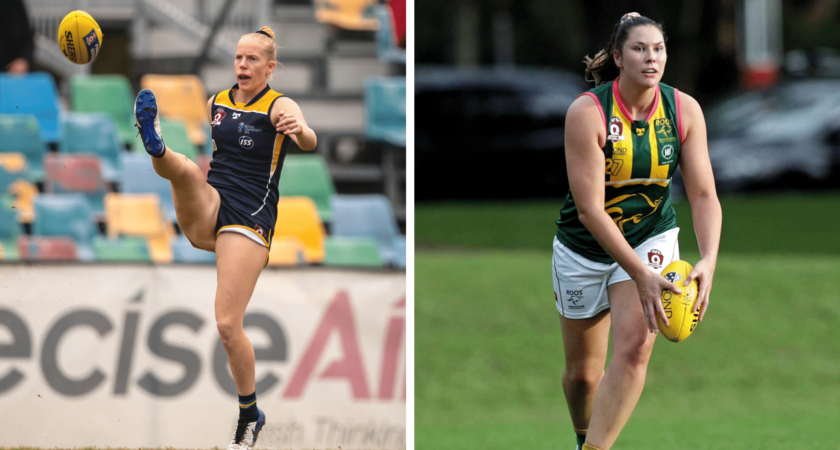 The duo have been given a chance on the SUNS AFLW list after the Club moved Maddison and Teagan Levi to the inactive list for the 2022 NAB AFLW Premiership Season.

Danckert, who was winner of the 2021 Emma Zielke Medal, was the captain of Bond University Bull Sharks and was also included in the 2021 QAFLW Team of the Year.

The 24-year-old kicked five goals this year and was voted best on ground on three occasions.

The versatile forward/ruck first represented the SUNS in the 2019 Women’s Winter Series and has since moved to Maroochydore with immediate success.

SUNS Head of Women’s Football Fiona Sessarago said she was excited about the two new additions to the list.

“Shannon has been really strong in the QAFLW competition for a few seasons now so to be rewarded with an opportunity is a testament to her development,” Sessarago said.

“Jacqueline is someone who has been a high-level athlete across two sports in Cairns and has really flourished since focussing on footy.

“We can’t wait to have both girls start in our program immediately ahead of our first pre-season training session officially kicking off on Wednesday.”

Head of AFL Queensland Trisha Squires said she was thrilled to see two QAFLW products get called up to the AFLW.

“Congratulations to both Shannon and Jacqueline. Both players had exceptional 2021 seasons in our QAFLW, both named in Team of the Year and Shannon winning our inaugural Emma Zielke Medal,” she said.

“The Bond University QAFLW continues to go from strength to strength, playing an important role in the development of elite female talent.

“It’s fantastic to see two of our stars elevated into the AFL Women’s competition and I wish them all the best for their journey with the SUNS.”