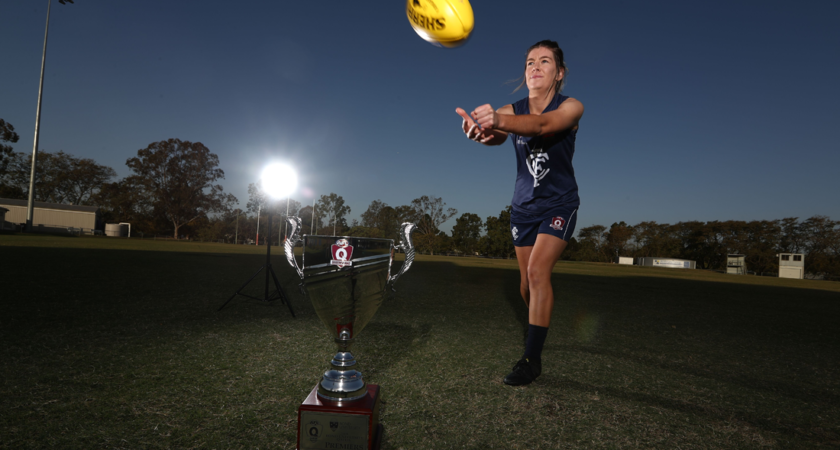 Well this is it; it’s the closing instalment of the QAFLW Development League which will either see Coorparoo finally get the upper hand over Bond University, or see the minor premiers successfully round off their season.

Rewind back to round 1, where Bond University started with a bang and defeated Coorparoo by a sizable 95-point lead.

It would be another 13 rounds until these sides met again on the final weekend of home and away fixtures.

There, Coorparoo again struggled to get more than a point on the board. However, the Kings did manage to almost halve the loss margin from their previous matchup as Bond enjoyed another comfortable win, 54-1.

One week later and these sides met again in the Semi Final for what was a low scoring but very competitive match.

In the end, the Bulls Sharks got up by four points to secure their well-deserved yet closely contended spot in the Grand Final.

In last week’s Preliminary Final, Coorparoo dominated over Wilston Grange in a strong 79-point win, which brings us to the Grand Final.

With only one loss on the table, Bond University have proven strong competitors for the premiership since day one.

As the season progressed, Coorparoo continued to climbed up the ranks, finishing 12 points behind the Bull Sharks.

The Kings will be looking to continue their momentum from the past few games, while Bond University’s break last weekend means this will be the third consecutive game they’ll come up against Coorparoo.

Sunday will see star rucks Emma Mckenzie and Rihanna Saiadarre compete, both of whom are coming off commendable performances in recent matches.

The competition’s leading goal kicker and Coorparoo’s half-forward Sherie Sayle is expected to make an impact, as well as Bond University’s own weapon Erin Sunderstorm, also playing the half-forward role.

Coorparoo and Bond are dominant in both the Development and Senior QAFLW leagues, meaning each team loses players to their QAFLW side.