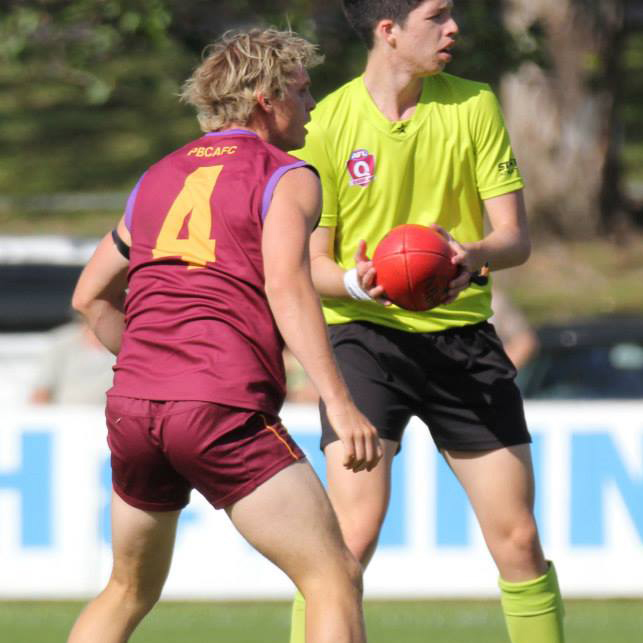 The Cats just keep on improving, and they showed a bit more of that against the Gorillas. After some midseason thrillers, Broadbeach’s percentage is the worst of the top four clubs so they have to keep winning to keep that breathing space. The last two weeks they have jumped out of the blocks and set the tone early. If they can keep doing that, they’ll nab that precious double chance, which looked so unlikely at season start.

Todd Bryant has been a revelation for Palm Beach this season. The on-baller has thrived at his new club and coach, Daryn Cresswell, could only marvel at his player after the match. In a season where injuries have played such a big part, Bryant has not missed a game and with each performance he has increased his importance. The 23 year-old plays the team game well and is a tough nut.

3.  Leader comes to the fore

With must-win games each week, it’s big-game players who emerge at this time of the year and leaders rise to the top. Mt Gravatt’s Joe Murphy has been one of those players in the last month and had a best on performance in their thriller against the Magpies.  He is a reliable player and sets the tone for his team with his work rate. His value will only be enhanced as finals near.

You don’t have to look far to find a high-stakes clash this weekend. Topping the list is the Salk Oval match between Morningside and Palm Beach, but results on the weekend mean that Surfers Paradise and Western Magpies will be playing to stay in touch with the final five as well. With only five matches to go, almost every game is going to shape the 2014 ladder.

5. Hawks to rise from the ashes

Sandgate was one on the end of a disappointing day on the weekend. The last fortnight has obviously been difficult for the club, but now they need to steel themselves and finish on a high. This weekend, playing to their early season form, is a winnable one for the Hawks. They need to take positives out of the last six weeks to set the tone for their 2015 pre-season. And, they could shape the finals, as a team with nothing to lose.

A Better Place to raise awareness
NEAFL TV - Round 15