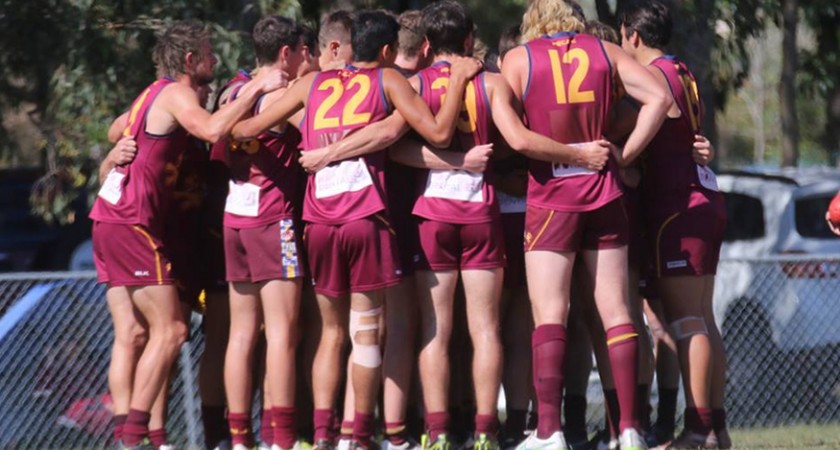 Thoughts:
The Grand Final loss will sting, and will sting for a long time, but that doesn’t mean it was a disappointing year. To bounce back into finals while having a couple of big wins along the journey is nothing be to sneezed at. After a first final loss to the Magpies their backs were against the wall. To come out like they did in the next to finals and win so convincingly shows how talented the group is and why they were the team to beat in the first half of the season. Overall, a good year for Palmy and a year they will gain invaluable experience from. Their young kids will know exactly what to expect if they are lucky to get back into a Grand Final next year

The highlights:
A prelim final that is won by 79-points is usually unheard of, so for the Lions to put the Magpies to the sword like that is unbelievable. Beating Morningside for the first time in the QAFL in round 2 was a game changer that early in the season, and a win that showed they meant business. On an individual level, Jesse Derrick’s Grogan Medal, five representatives in the Team of the Year, Chad Owens being named QAFL Coach of the Year, Anne Cornish the QAFL Club Administrator of the year, and the club itself taking out the Alpha Sports Club of the Year ensured they got the recognition they deserved.

The lowlights:
Looking past the Grand Final, the loss that had the biggest ramifications was the Broadbeach game in round 16. If they won, they would have finished top of the ladder, got a week off, and who knows what happens from there. Instead, they had to back up four weeks in a row during the finals, running out of petrol tickets on the big day. In the overall scheme of things, that half of football made a massive impact.

What they will take from 2016:
That they are a powerhouse in the QAFL, and that making the finals should be the bare minimum. They have set themselves up for sustained success at the top with the state of their list. They got a taste of what it takes in 2016, now it’s time to go one better.

The stars:
Jesse Derrick has to head the list because he had a stunning year, but he had a few mates along for the ride. Jon Croad took no time announcing himself with a round 1 Syd Guildford nomination, Josh Woolley went to another level this year slicing teams up with his left boot, Jarryd Douglas tore games apart in the forward line, and Jackson Emblem was a rock down back.

Who emerged?
They got their hands on a couple of young guns from the SUNS Academy, in Max Spencer and Jacob Dawson for the finals, and they looked very much at home, playing key roles throughout the four weeks. 17-year-old Damian Ashby showed he has a heap of good senior footy ahead of him, and Josh Lys didn’t play a bad game all year.

A few blokes to grow a foot over summer… We knew going into the season they would be small, which they moulded their game plan around, but when push came to shove they needed a few key position players to take the game by the neck. Their back line with McNeven and Emblem looks solid, but they need a permanent ruck, and someone to play out of the square. But as they say, talls don’t grow on trees.