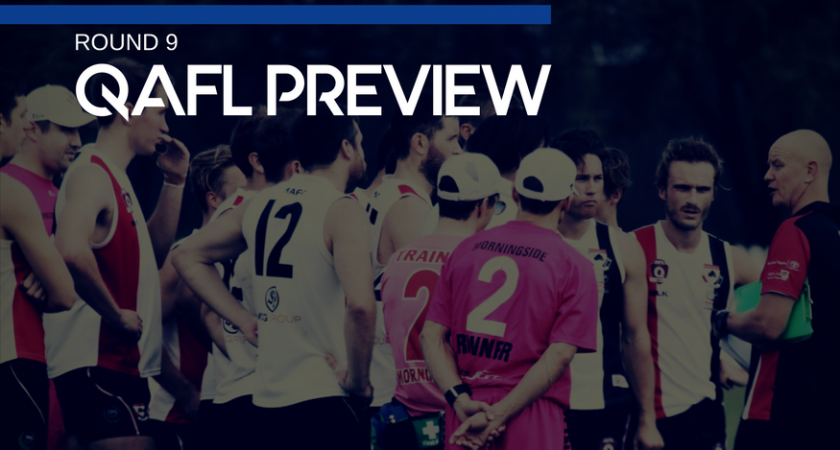 Match of the round

Both the Lions and the Cats sit on just a single loss for the season, setting this one up as the idyllic Gold Coast clash. They come into the game with varying degrees of form however, Palm Beach had a terrific win over the Western Magpies and Broadbeach walked away from Sandgate after a draw.

The Lions have shown that they have the ability to put their opposition to the sword with their outside run and they’ll fancy their chances to do it again against the Cats. It will be a challenge for some of Broadbeach’s bigger bodies in the middle to try and cut off the Palm Beach runners.

Jarryd Douglas has been in great nick at full forward for the Lions and really draws the football on the lead. Considering the form of the Palm Beach midfield Douglas is likely to get a flood of opportunities, so it will be up to the likes of Cats skipper Nathan Quick and David King to get in the way and intercept when they can.

QAFL fans have been waiting to see Barry Hall unveiled by the Tigers and it looks like this week’s the week. It makes the Labrador forward line look pretty scary, featuring two players that have played at AFL level, the other is of course Bryce Retzlaff, who played 11 games for Brisbane.

Having Hall at home in the goal square will allow Retzlaff to roam higher up the ground, use his strong contested marking and provide outlet kicks for the Tigers midfielders.

It will be interesting to see how Hall performs at QAFL level; he’s in good form and kicked eight goals for Pearcedale in the Nepean League, then four for The Basin in Division 3 of the Eastern Gootball League in Victoria.

It’ll be a huge test for Morningside, who have managed to get their season heading in the right direction again over the past couple of weeks, with wins over Sandgate and Mt Gravatt. Playing Labrador is a whole new ball game though, and the Panthers will have to bring something pretty special to the table to get over the line.

In their last clash, in round three, Morningside approached the contest aggressively, physically putting the heat on the Tigers in the first half and looking like the better of the two teams. The Tigers managed to steady in the second half, of the back of some heroic Zach Brain efforts, and run out the game convincingly, getting the points. The Panthers looked like they had a good blueprint for taking on the QAFL’s titans, so many will be watching to see if they can trouble the Tigers for the second time.

It would be remiss not to mention the defender that gets the job on big Baz, and at this point it looks like last week’s Syd Guildford nominee Ryley Buntain, or tough shinboner Alastair Nash. Matthew Serrurier will also be hanging around to help out in what will have to be a team job.

Elsewhere in the QAFL, the Western Magpies midfield group looks set to run into a red-hot contest with their Gorillas counterparts on Saturday. Both of these sides love their contested footy, but it becomes an even more interesting battle with Wilston Grange missing Brent Moloney and Steve Brittain, putting the onus on squarely Mark De Sousa against the Magpies’ Drew Mitchell, Tom Ielasi and Gareth Crawford.

Joe Murphy has been named for his second game back after suffering a serious concussion in the Vulture’s round five game against Labrador. The skipper was selected in the QAFL representative squad for a reason and he brings an extra dynamic to the Vultures midfield.

Coach Troy Moncur will no doubt be happy to have the inside bull back in the lineup to face Surfers Paradise, who have been criminally underrated at stages this season.

The Demons have been chasing a win to add to their round four win over Morningside and this week they’re in with a real chance. Kain Ford has been in scintillating form running through the midfield, while Brody Haberfield continues to do his thing being the impenetrable wall.

Sandgate has the bye this round, so coach Graham ‘Bomber’ Adams took some time to give his thoughts on this weeks list of games. The first of which was the Morningside verses Labrador clash.

“I think they’re the class team of the competition, but Morningside have certainly improved since the beginning of the year, so it’ll be tough, but I think Labrador will win.”

Wilston Grange is taking on the Magpies and according to Bomber it’s a danger game for the Magpies.

“They’re hard to compete against, Grange.”

Palm Beach showed just how dominant they can be in round 8, with a big win over the Western Magpies and Bomber thinks they’ll roll on again, getting over the top of Broadbeach.

“They’re just so even across the board,” said Bomber.

“They run and carry the footy so well and their skill level is good.”

In the remaining game, the young Surfers will take on Mt Gravatt, though according to Adams it might be a tough ask for the Demons. Reflecting on Sandgate’s loss to Mt Gravatt in round four, Bomber recalls Mt Gravatt’s ability to be hard at the footy and set up their defensive zone efficiently.

Sandgate are set to face Surfers after the bye and they’ll be coming off a draw that they arguably should have won.

“I think when we’re up and about and we’ve got a good side in, we’re more than competitive. It’s probably the first time this year we’ve had a reasonable side in, nearly our best side.”

“I think if we would of kicked straight, we would have won pretty easy,” said Bomber. 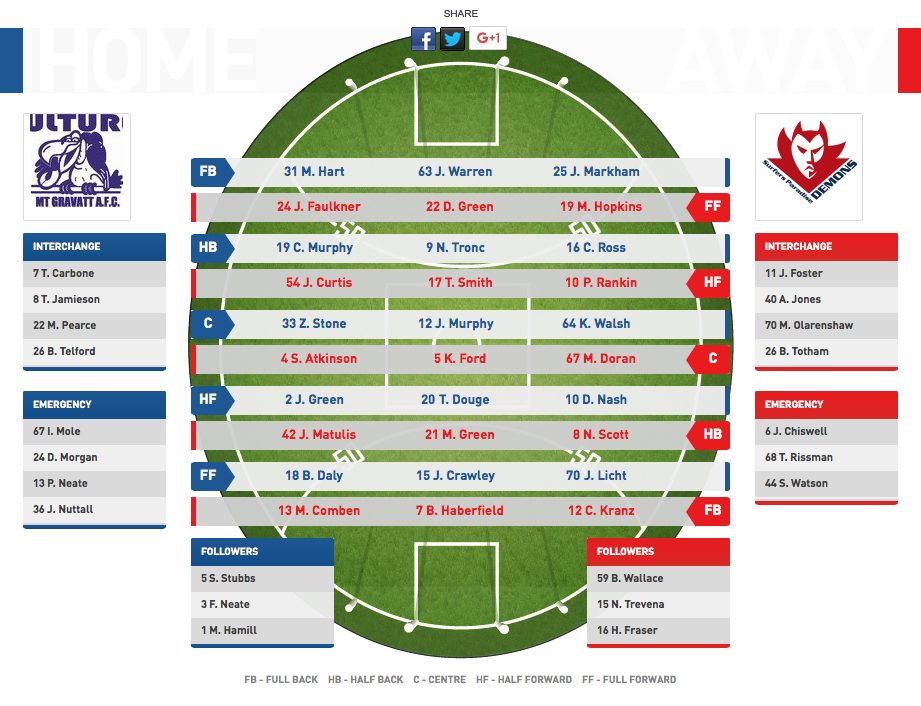