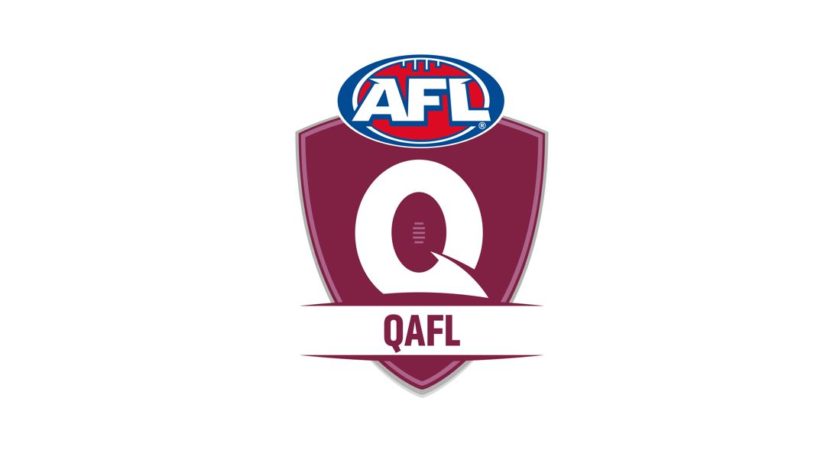 BROADBEACH warmed up for a major Gold Coast blockbuster next weekend with a big win over defending premiers Surfers Paradise on Saturday.
In an at-times ill-tempered clash at Subaru Oval, the Cats won by a convincing 13.15 (93) to 3.5 (23) and left the 2019 champions with some serious problems to contend with.
The Cats now prepare for a huge match away to Palm Beach Currumbin next weekend in a fixture that will determine outright leadership of the ladder.
Certainly Surfers Paradise have their share of injuries at the moment, but so do the Cats.
Yet the home side was outstanding with winners all over the ground.
Surfers, in contrast, had few, if any, and even coach Brad Moore acknowledged that the home side had probably a dozen individuals who performed better than any of his troops.
With Jordan Moncrieff kicking 6.3 as the spearhead – he heads the goalkicking tally with 23 from four appearances – the Cats have some super deadly attacking power.
They had ex-Gold Coast Sun Clay Cameron returning to the action and have Matt Fowler nearing a return. They will boast some fearsome offensive depth if and when that happens.
“We had a good, even spread,” said coach Craig O’Brien, who was pleased with the way the Cats started, boring in and basically beating their rivals at their own intense style.
The Demons had just 0.1 to 2.5 on the board at quarter-time and at the big break it was 8.8 to 1.1
Even though the Dees found some of their rhythm after half-time when they outscored their rivals by a point, they still had only 2.4 on the board at three-quarter time and after that they simply ran out of legs.
And it was yet another failure to score heavily that hurt the Demons – an area that has to be addressed if they are going to defend their title.
Remembering that in last year’s grand final they kicked 9.9 (63), a winning score, the low numbers on the scoreboard this year suggest a change in attacking proficiency is still a long way off.
So far this season the Demons have kicked 5.8 (38) losing to Palm Beach Currumbin; 14.2 (86) in a win against Labrador; 8.7 (55) in a loss to Morningside; then came Saturday’s 3.5 (23).
It does not make good reading to look at the stats of Surfers so far this year.
They have had one win and are slipping to the stage where even playing finals (this season with six teams) is starting to look shaky.
But coach Moore remains optimistic – if only he can get some key players back.
“Yes we are at the wrong end of the ladder but I suppose in our favour is we know we have played three teams currently sitting first, second and third,” he said.
“And we’re due to get some players back from injury. It’s a short season and we know just have to do enough to finish top six.”
Moore conceded the Cats were far too good on Saturday.
“They were super impressive,” he said. They got the ball to the outside, their run, their spread and their forwards were good.
“I feel for our back six today, they were under the pump and there was not a lot they could do at times.”
While Moncrieff was the bright spot up front, Lillydale recruit Brad Lowe again impressed on-ball, exciting Kwaby Boakye looked good with his dash and his precision left-foot disposals and another newcomer Sam Weddell shone on a half-back flank.
Surfers had very few solid contributors with ex-VFL player Perry Lewis-Smith and defender Jack Prestegar two exceptions.
There could be more fallout from the clash with a couple of heated incidents after half-time likely to be looked at by the match review panel.

NEW ladder leaders Morningside had to overcome a four-goal deficit before finally getting on top of plucky Maroochdore at Jack Esplen Oval on Saturday.
The Panthers, who have next weekend’s bye, were 25 points down at the 20-minute mark of the third quarter but, even though they did not leave it until the death – as they did the previous weekend against Surfers Paradise – the home side still managed get home by 14.9 (93) to 12.6 (78).
The home side finished the match in style, booting the last six goals of the clash. Four of them came from Redland-listed Matt Hammelmann who ended with seven majors after a dominant display up forward.
Sam Godfrey, Peter Mollison and ever-consistent Will Pendlebury were best for the Panthers and for Maroochydore Jacob Simpson, Mitch Scholard (five goals) and Jai Larkins topped the best-players list.
Sherwood moved to two wins after beating cross-Brisbane rivals Wilston Grange by 14.3 (87) to 8.6 (54) at McCarthy Homes Oval.
Liam Dawson kicked five goals as the home side led all the way with promising young ruckman Samson Ryan, another tall in Aaron Highlands and Errin Wasley-Black best.
For the Grange Will McKenzie, Sam Gribble and Bae Gallop were best.
Down at Cooke-Murphy Oval, Mt Gravatt took the points by beating Labrador by 11.7 (73) to 7.13 (55).
The Tigers had 20 scoring shots to 18 but it was inaccuracy that cost them dearly as they continue to prop up the ladder after a winless five rounds.
Impressive Jonah Licht, who can handle a number of key position roles, led the Vultures with five goals and other key performances came from Lochlan Harrop and Daine Macdonald.
For the Tigers ruckman Fraser Thurlow again stood out while Matt Lee and Dan Middleton were others to go well.