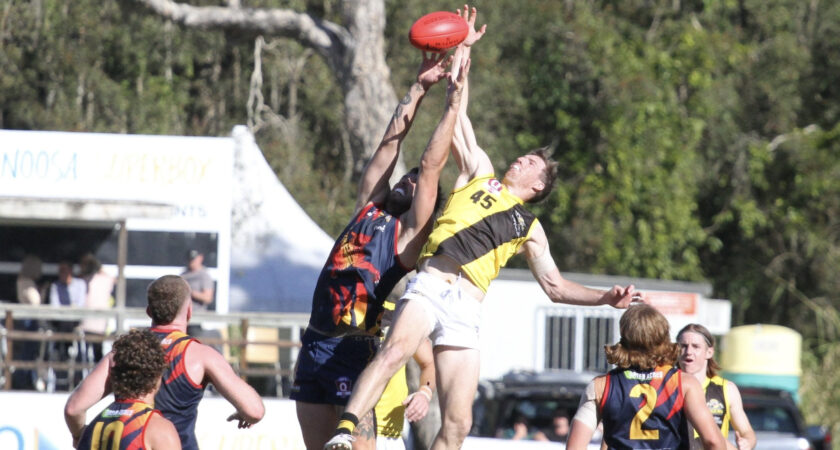 KEY POINTS
HAMMELMANN BACK ON SONG?
Nine goals in the last two games after a bit of a slump indicates that the champ is back in full flight. In fairness, the previous month of football was played in tough conditions and not conducive to strong, leading forwards; so, with nice weather on the horizon yet again, he’s a chance to at least kick five; especially with the best midfield in the competition delivering the ball his way more frequently.

IS HARRIS LEE THE KEY TO THE DEES FORWARD WOES?
Brody Haberfield has left a big gap in the forward line in season 2022. Lee cut his teeth for three weeks in the Reserves after crossing from Wodonga and he hit his stride last week with five match-winning goals. His work alongside Sam Hilton-Joyce adds a bit more strength up forward for the Dees.

ARE SURFERS PARADISE A CHANCE?
Their form in the last month or so has been pretty impressive and back-to-back wins gives this group some confidence. There is a lot to like about the direction of this group but they are facing a dynamic team, perhaps the only one that could challenge Broadbeach at the top.

VERDICT
Redland-Victoria Point will be just too strong, particularly at home. Surfers will definitely put up a strong fight but may just fade away in the last quarter.

KEY POINTS
TOM MILLER IS READY TO MAKE HIS MARK
While Fyfe and Boston were doing as they pleased in the midfield and Ellis-Yolmen (12 tackles) worked hard in the forward line, Miller was the reason that Labrador came from behind to defeat Noosa. With more than 20 touches across half back; his second and third efforts were outstanding and he created so many hesitant entries from Noosa in its bid to press inside the forward 50 in that last quarter.

VULTURES HAVE FOUND ONE IN TORNEY
Young gun Jake Torney is this week’s QAFL Rising Star with 23 touches and 8 marks. While it’s been a tough year for the Vultures, it certainly sets up a platform for younger players to make their mark against great opposition and improve as footballers. Torney is a key shining light for this developing side.

CONGRATULATIONS BRYCE RETZLAFF ON GAME 100
‘Retzy’ got the Matty Richardson treatment in the off-season with the move from the forward line to the midfield. After being the king of contested marks in the forward line, he is able to do that up the ground and win key one-on-one contests to set up the press up forward. After shedding severage kgs in the off-season, he is electric with dynamic speed and he showed that in the win over Noosa. He’s great to watch and if the forward line needs some options, he is capable of heading back ‘home’ and getting the job done.

VERDICT
Labrador just find a way to get the job done and its best is outstanding. Opposition teams have to do the flashy things to keep themselves in the contest, Labrador is as good as any team in the competition to find targets up forward. They’ll be too strong here.

KEY POINTS
POTENTIAL IS THERE FOR THE GORILLAS
Wilston Grange faces its biggest challenge of the season when it takes on the reigning premiers at home but the efforts last week against the Sharks were serviceable. The Sharks are the best scoring team in the competition and the fact that while it went goal-less in the middle terms, it held the Sharks to just five goals. On its day with its midfield, this Wilston Grange outfit can be pretty good.

NO MONCRIEFF, NO WORRIES
We may not see The Mayor until the business end of the season due to an ongoing knee injury. Despite his injury, it’s amazing to see him at games and being part of the team. On that note, the reigning premiers are not short on goal scoring options with Nutting, Moloney and Jasper all capable of generating lots of scoreboard pressure. Because this team is so balanced, there is probably 7 or 8 players that could kick multiple goals in a single game and still lead this team to victory.

HAVE WILSTON GRANGE UNDER DELIVERED TO THIS STAGE OF THE SEASON?
Yes. There is so much potential in this team that when everyone is on the same page, the backline, midfield and forward line all band strongly together and can make life extremely difficult for the opposition. This list is so much capable of what it has delivered in the last month.

VERDICT
Broadbeach look untouchable at the moment with more depth this year than in previous years. This is one heck of a team that just keeps on going strongl

KEY POINTS
IF YOU’RE ONLY AS GOOD AS YOUR LAST QUARTER, THE LIONS WILL BE WORRIED
After being challenged in the first quarter by the Vultures, the Hornets put the foot down after quarter time to storm away to a 135-point win. What a final term with it hammered home 15 scoring shots to 2 for a return of 8.7. That’s pretty scary stuff.

NO JONES, NO LIONS?
Liam Jones not playing last week against the Panthers was not the reason they lost last week. Everyone was surprised by the result, but the Panthers recent month of footy suggested that the 2020 premiers were starting to build some good form. Jones was not going to stop Downie kicking a bag; PBC just couldn’t get its hands on the football in the midfield.

IS THIS THE MOST IMPORTANT GAME OF THE SEASON?
In a word, Yes. If Aspley win, and win well; and Maroochydore record a massive win against the Pies, this race for the top six is wide open. PBC just missed finals last year, the result of this game will play a key part in what happens over the coming weeks and maybe cause some doubts for the Lions who have showed such great promise this season.

VERDICT
Aspley will be too good. Reece Toye was quiet against the Cats two weeks ago and he kicked five goals last week. This is a team that is getting back to some handy form against a team that is lacking it.

KEY POINTS
FINALS STILL AN OPTION FOR THE ROOS
With PBC going down to the Panthers last week and now taking on a red-hot Aspley, we could see a sense of de ja vu from 2021. Prior to last week, the Roos were one game and massive percentage out of the top six; but with the defeat of the Lions and the fixture this week; there is every chance we could see the Roos replace the Lions in the top six come the final round of the home and away season.

YOU HAVE TO ADMIRE THE FIGHT THE PIES
This is a really young list but is showing signs of improvement each week. The efforts against Surfers last week in patches showed that there is positive signs on the horizon and you can’t deny their willingness to really compete.

KANGUR, LAING AND SCHOLARD, ROOS STARTING TO LOOK BETTER UP FORWARD
Seven goals between the trio and Ben Thomas in the wings; Maroochydore is starting to build a bit more of a forward line that is not so reliant on Scholard. As this group looks to build momentum in the second half of the season, the scoring power looks a bit better.

VERDICT
Maroochydore is playing for its season at the moment and should Aspley get the job done over PBC, the potential for a move into the top six over the coming weeks looks possible considering two weeks ago it was looking unlikely.

KEY POINTS
NOOSA IS BETTER THAN WHAT ITS LOSSES HAVE SHOWN
The Tigers were 20 points up in the second quarter against Labrador last week before being overrun. This group showed tremendous fight and if not for a poor last quarter where it went goal-less, the result may have been different. About 30 minutes of footy has proven to be the difference between being 6/4 and 8/2.

KEEGAN DOWNIE TAKE A BOW
A staggering nine goals in a monster performance against the Lions last week was nothing short of sensational. He showed impressive signs in the loss to Broadbeach a while back; before slotting six goals in the Panther’s maiden win of the season over Mt Gravatt and then kicked nine goals last week. He is absolutely running hot as one of the best forwards in the game.

JAI FITZPATRICK IS THE X FACTOR AT NOOSA
Jai kicked two goals in quick succession last week against Labrador to turn the game on its head but his influence around the ground and spark through the midfield was crucial. We know Baulch and Laskey will continue to be out-and-out stars, but Fitzpatrick gave his team a spark against Labrador like no player had all season.

VERDICT
Noosa has the potential to win every game for the remainder of the home and away season with Maroochdore and Labrador its biggest threats on that run home. For this team to turn heads in September, it needs to beat those teams and that winning run will start with a tough one over Morningside.