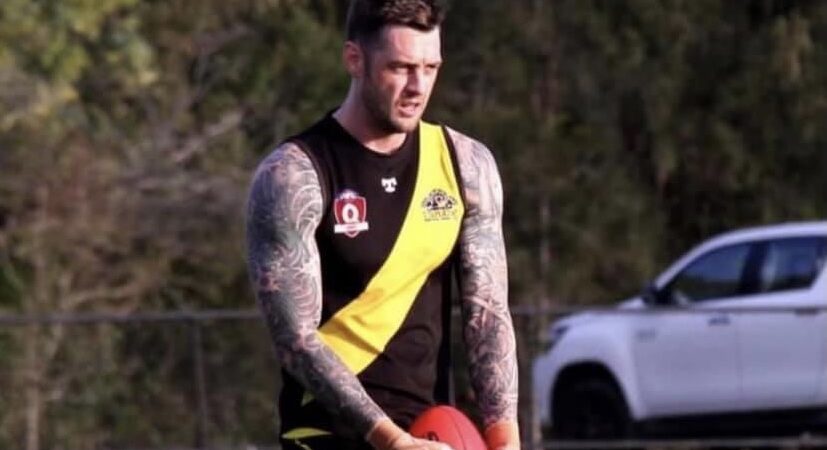 In Brief
This is the ultimate Cinderella story of the 2021 season, but the question is, who gets to claim the happy ending?

Labrador, under AFL Queensland Senior Coach of the Year winner for Nick Malceski has enjoyed quite a remarkable season; conquering all obstacles put in front of it and just missing out on a place in the Grand Final.

The Tigers challenged all comers across the season, looked them dead in the eye and conquered them all. With a terrific blend of coaching, talent and youth, this team turned from finals hopefuls one season to genuine premiership contenders the next. The addition of the 2021 Senior Premiership to their trophy cabinet would be the cream on the cake.

Maroochydore too have been quite the surprise packets for season 2021. It beat the teams it needed to across the home and away season but held a less than impressive record against the top six sides, securing just one victory during the 14 rounds against a top six finalist.

What the Roos have achieved in the last two weeks has been nothing short of extraordinary. It took down premiership contender Redland-Victoria Point in week one of the finals in a game where they were behind for three quarters of the match; and then they took down reigning premiers Morningside that boasted arguably its strongest team on paper.

Labrador have been consistent performers across most quarters this year. It has won 21 of its 35 quarters in the middle section of the game, ensuring that it will finish the first half strongly and start the second half strongly. It likes to build up a lead and hold it for the remainder of the game.

It’s beginning to sound like a broken record, but Maroochydore is the best finishing team in the competition. It was clearly evident again in this case last weekend against the reigning premiers where it led by 12-points at three-quarter time and then kicked 3.7 to 0.3 in the last to win by 34-points. Write this team off at your peril.

This team starts slow but comes home like a bullet the longer the game goes on. It’s the classic rope-a-dope scenario. It absorbs the hits from the opposition and runs over the top of them. Statistically it is the best second half team in the competition, scoring 124 of its 224 goals in that half.

Labrador
Bryce Retzlaff (37)- while mentioned last week, just how crucial was he in front of goals last week. He is like the Steph Curry in front of goals. When your team needs a goal at a crucial stage, Retzlaff will be the man to deliver when the time arises. He showed that last week and he will be needed this week considering the must-goal opportunities that will arise in the last quarter.
Pearce Hanley (6)- the former Lion/Sun was dynamic with his clearances through the middle last week and his big time goals when the time called for it to happen. He loves the big stage and his experience is so crucial. Will the Tigers have the Luck of the Irish on their side?
Alex McKay (9) – has stepped up in big games this year and last week was one of them. This hard-running midfielder doesn’t back away from a tight contested situation and is likely to do one of those small one-percenters that will see the ball knocked out of a pack to Pearce Hanley who will pump the ball deep into the forward line. You can’t help but love how he plays the game.

Maroochydore
Sam McLachlan (23) – has really burst onto the scenes as the MVP of the finals series across the competition with two outstanding displays across half forward and pushing deep into defense against good opposition. Is very capable of kicking a big-time goal.
Alexander Jacobs (22) – a very impressive finals campaign so far with two outstanding matches across half back. His run and eagerness to take the game on is outstanding and has been the key to a lot of inside 50s up the other end.
Jacob Simpson (15) – he doesn’t get the credit he deserves in the ruck from the opposition but when he’s winning hit-outs in the last quarter, his midfielders are swooping the ball off the deck and pumping it inside forward 50 to have the Roos come home with a burst. Will be crucial late in the game as players tire around him and he gets better.

Verdict
Looking at the obvious statistic, Labrador has won just seven last quarters this year, Maroochydore on the other hand has won 14.

Labrador has been the genuine team to beat all season and it has every right to be on that mantle. But, Maroochydore has been a heavy hitter in the finals in the last quarter, kicking 10 goals to two against good opposition.

It may be an irrelevant stat in the grand scheme of things, but Labrador must grab the lead by three quarter time and shut down Maroochydore in the midfield and deny that entry into their half forward line.

Fans thought last week’s Labrador and Broadbeach contest was memorable; the steaks are pretty high here and there is enough story lines that can be written pre-game to suggest that this will match it to that level last week.

Hold onto your seats, this game will be one for the memory bank and one team will have the opportunity to lose its glass slipper this week in the quest it will be found by Prince Charming next week and return it with the 2021 QAFL Senior premiership cup.