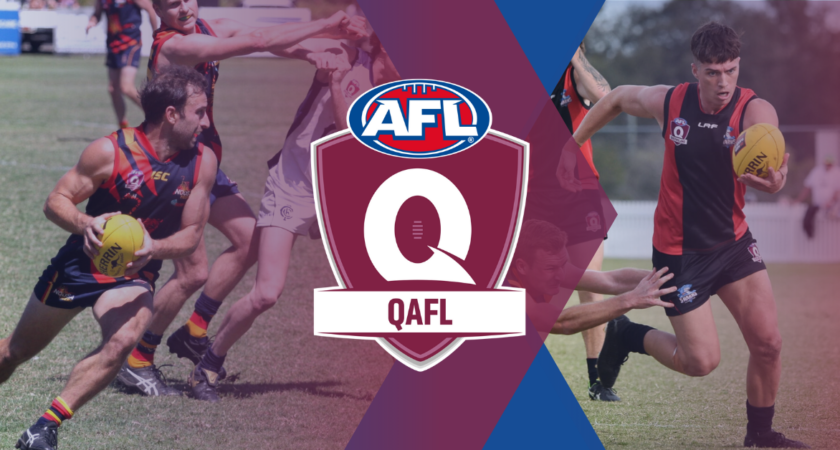 AFL Queensland has today announced that the QAFL competition will expand to 11 teams in 2021, with the Noosa Tigers and the newly established Redland Victoria Point Sharks joining the competition.

After appearing in the last four Division 1 Hart Sport Cup Grand Finals and being crowned back to back premiers in 2019 and 2020, Noosa have positioned themselves extremely well to make a seamless transition into the State’s premier men’s competition.

On hand at the Noosa foreshore today for the announcement, the new Head of AFL Queensland, Trisha Squires, said the addition of two new clubs would only further strengthen the QAFL competition.

“It’s fantastic that we have clubs aspiring to play at the highest possible level and Noosa are testament to that,” Ms. Squires said.

“Noosa have worked diligently for several years to develop a playing list capable of competing at the highest level.

“Their promotion creates a clear male youth talent pathway at the northern end of the Sunshine Coast as well as opening up pathway opportunities for those living in the Fraser Coast and Wide Bay regions,” Ms Squires added.

Noosa president, Rod Purves, said the club’s elevation to QAFL was the result of a lot of hard work by many over a sustained period.

“We have been building towards this step for several years now and it’s incredibly rewarding for the hard work of so many volunteers at the club.

“We have tremendous community support and this step up will further enhance our standing locally,” Mr Purves said.

“We certainly applaud both the Redland Bombers and the Victoria Point Sharks for coming together to ensure there is an opportunity for players in the Redland Coast region to play State League footy.” Ms. Squires said.

“Mergers are never easy, even more so in such a short period of time, however both clubs have had a strong relationship in recent times and have put their region first and we are extremely confident they will become a club the Redland Coast community embraces,” Ms. Squires added.

Redland-Victoria Point Sharks spokesman, Nic Aldridge said that with a population base of 160,000 both clubs were committed to providing a talent pathway for those living in the Redland Coast shire.

“As clubs we have a role to play in our local community in providing opportunities for our aspiring talent and strong junior base, and this move certainly achieves that objective.

“Our playing list is excited at the challenge and opportunity that playing in the QAFL presents,” Mr Aldridge said.

NAIDOC Week 2020: Always Was, Always Will Be

Always Was, Always Will Be.  AFL Queensland would like to take the opportunity to acknowledge the traditional custodians of our land this week and say thank... [more]