QAFA (A) Finals Week One 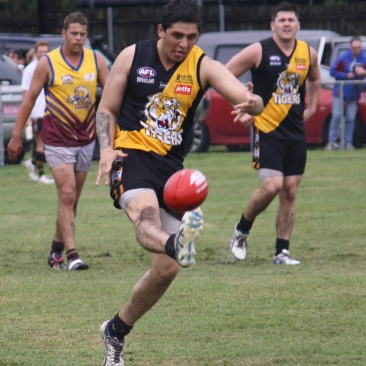 Redcliffe wil have a double chance at a QAFA (A) grand final spot, after claiming a comfortable win over Pine Rivers in their qualifying final last weekend.

Luke Hedger kicked four for Redcliffe in the victory, one of 10 individual goal kickers for the Tigers on the day.

Peter Furness was pivotal for Redcliffe in the match, while Ricky Milligan and Ben Foley were also solid.

UQ took a narrow advantage early, leading by a goal at quarter time, before the Eagles hit back with a five-gaol to one second term, giving them an 18-poitn lead at the major break.

Extending that to 22 points at the final change, The Eagles narrowly weathered a UQ storm that saw the Red Lions ahead in the late stages.

Ipswich steeled themselves to return serve and snatch back the advantage, which ultimately ended up being a match-winning effort.

Luke Konstanciak was the focal point up forward for the Eagles in the dramatic victory, kicking six goals, while Keith Brick was their best.

Ipswich will play Pine Rivers for a spot in next weekend’s preliminary final, on Saturday.