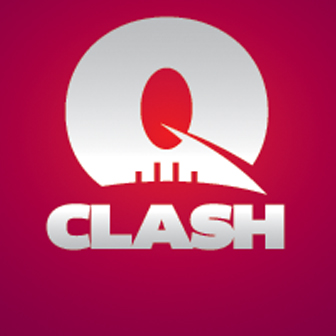 The historic first meeting between the Gold Coast Suns and the Brisbane Lions for premiership points was a ratings star, becoming the most-watched AFL broadcast ever on Fox Sports.

The historic first meeting between the Gold Coast Suns and the Brisbane Lions for premiership points was a ratings star, becoming the most-watched AFL broadcast ever on Fox Sports.

This eclipsed the previous mark of 328,436 viewers for the round 21, 2007 meeting between Essendon and Richmond – that match being the last game in Melbourne of a stellar career for James Hird as a player and Kevin Sheedy as coach of the Bombers.

In addition, McLachlan said the AFL was extremely pleased the QClash, which was scheduled as a stand-alone game on Saturday night as the only night match, had drawn more than 160,000 viewers on Channel 10 in Queensland, more than holding its own against strong competition.

“The first-ever meeting between the Suns and Lions was a great contest on the field, with some tremendous highlights, and it was backed up by strong viewership numbers across the country,” McLachlan said.

“Like the Derby in WA and the Showdown in SA, the QClash straight away showed that it’s a fierce contest for bragging rights in the state between the Suns and the Lions and fans across the country tuned in to watch the match, and then stayed with the telecast right to its conclusion.

“The viewer numbers for free to air television in Queensland were extremely strong, when considering the other viewing options for the night, and the interest of fans around the country on pay television was reflected with an all-time record for an AFL match on Fox Sports,” he said.

Mr McLachlan said the viewership for AFL matches on subscription television had grown strongly over the last 18 months in particular and he said there was still considerable room for growth.

“So far this year, four matches from the 2011 season are now placed in the all-time top 10 for AFL matches on subscription television, as well as two games from the 2011 NAB Cup,” Mr McLachlan said.

“That is showing us that there is still a lot of upside for us to be able to draw on in terms of viewer numbers for our matches, as fans increasingly seek to watch multiple matches across a weekend,” he said.

The lead-in match on Saturday afternoon on Fox Sports, between Richmond and Fremantle at the MCG, drew 285,127 viewers nationally and represented the eighth-best match for an AFL game on Fox Sports.