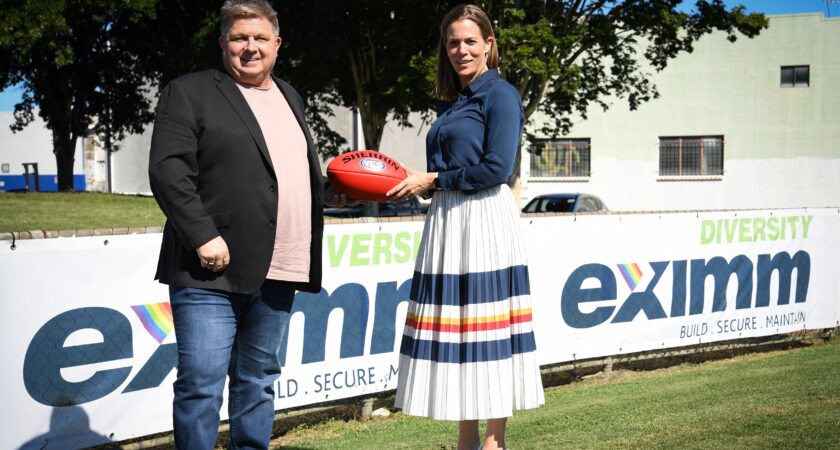 Aussie Rules players across Queensland will play with pride in their games between July 15-17, in celebration of the third annual Pride Round.

Players will don commemorative guernseys in all colours of the rainbow to show their support for the LGBTIQA+ community in Queensland. The state-wide round aims to celebrate and promote inclusion and diversity, while creating a safe space for all people within the code.

Leyshon Park will host the marquee event, with all Round 16 Bond University QAFLW matches played at the ground. This also marks the last game of the regular season for QAFLW, with finals commencing the following week.

On the Gold Coast, Broadbeach will host five matches across their men’s and women’s teams, with Morningside in Brisbane also making a day of it.

In the days leading up to the weekend’s matches, AFL Queensland will host information sessions with Pride Cup Australia to educate stakeholders and participants about the significance of Pride Round for the LGBTQA+ community.

EXIMM, a national facility and security management company, have returned to partner with AFL Queensland for Pride Round.

Trisha Squires, Head of AFL Queensland, said the Pride Round, was one of the highlights of Queensland’s Aussie Rules calendar.

“We are also so grateful to have EXIMM throw their support behind Pride Round for a second year,” she said.

“Since it’s inception in 2019, Pride Round has grown bigger and better each year, with more clubs joining on to participate in this great initiative.

“At the AFL in Queensland we are passionate about our players, coaches, umpires, supporters and administrators feeling safe and included in our game and we believe Pride Round really brings our community together.”

“EXIMM is really excited to be partnering with AFL Queensland for a second year to celebrate Pride Round,” Goodman said.

“Pride Round promotes LGBTQIA+ inclusion in not only the sporting clubs across the state, but within the community in general.

“The clubs love getting involved, and there’s real change becoming apparent as we see more clubs continue to buy into not just the concept each year, but the education side of it too.

“EXIMM is a big supporter of diversity within the community, which is why we love to be part of such an important event.”