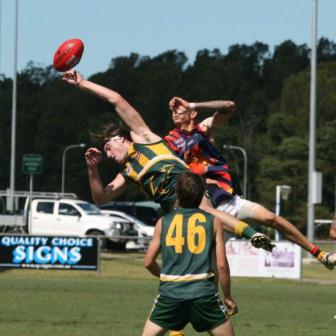 Get to know a bit more about Maroochydore president, Craig Scrase.

Marrochydore president, Craig Scrase, has played footy in the shadows of Uluru, but is now firmly settled on the Sunshine Coast.

Scrase has been the Roos president since 2010, after moving over to Maroochydore from the Glasshouse Hinterland Lions.

He says one of his proudest moments at the club was seeing the Maroochydore under-18s claim last year’s premiership, after having no under-18s side only two years earlier.

Scrase believes Maroochydore’s major strength is its belief in internal development and its band of tireless workers.

In his role, Scrase tries to lead by example and be approachable but strong in his beliefs about the club, and the direction it’s travelling in.

His favourite part of community football is the opportunity to discover solutions from other clubs to common problems, and being able to have healthy debates about all areas of footy.

When he’s not at the footy club, Scrase says he is firmly focused on his daughter.

Motor racing is his favourite sport outside of footy and Scrase says being an F1 driver would be his dream job.